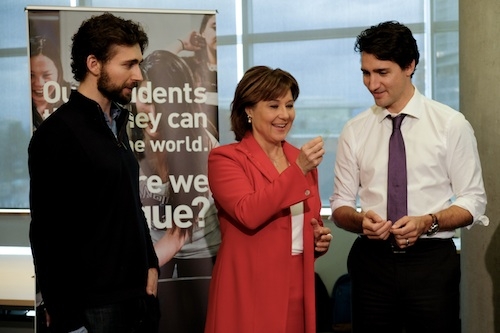 November 9, 2016 – Site preparation is now underway for a new energy systems engineering building at Simon Fraser University (SFU) in Surrey, B.C. after it received a $90-million boost from the federal and provincial governments.

The five-storey, 15,000-square-metre building will support the Energy Systems and Environmental Engineering program, which will be the second of its type in Canada and the first in Western Canada, says Rodney Porter with B.C.’s Ministry of Advanced Education. The program will build on SFU’s current research in fuel cell technologies, alternative energy and big data analytics.

The building will also accommodate the Mechatronics Systems Engineering program, which combines the fields of mechanical, electrical and software engineering with entrepreneurship and business. The ministry notes this new space will be dedicated to students commercializing their research through the Technology Entrepreneurship program.

The feds and province each contributed $45 million and SFU and private donors will contribute $26 million toward a second phase of the project. The university is also contributing land valued at $10 million, for a total project value of $126 million.

The building is expected to be open by Spring 2018.