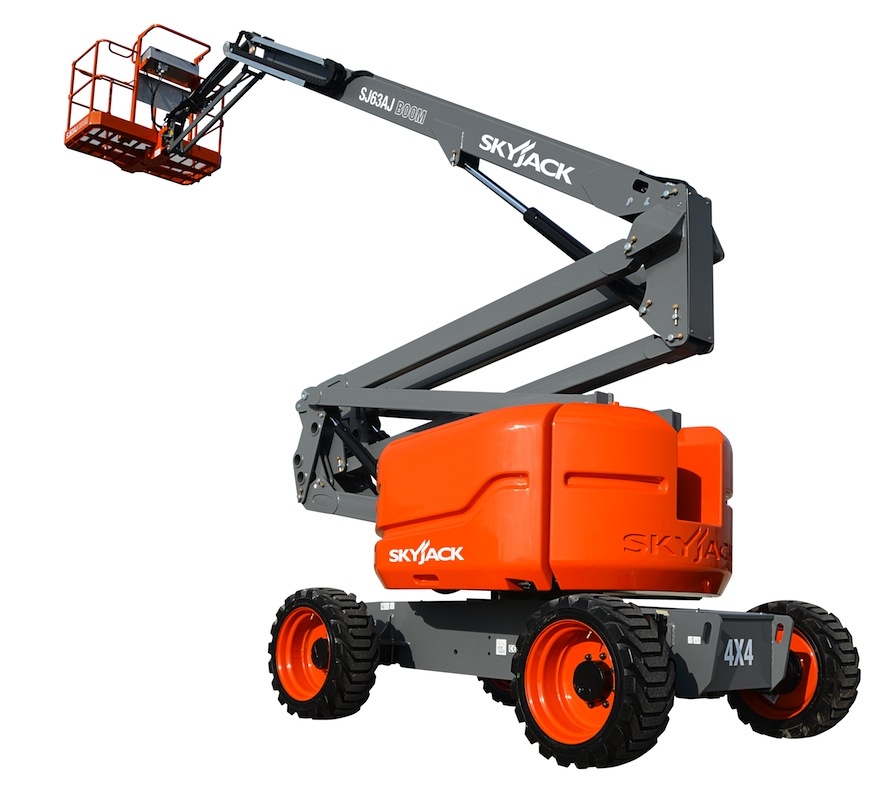 February 20, 2013 – Skyjack (a Linamar company) recently showed off the first SJ63 AJ production unit—the company’s largest articulating boom. The SJ63 AJ is combines a working height of 63 ft, a horizontal reach of 25 ft with an up-and-over clearance of 28 ft. It features an open centre knuckle riser that gives the operator better visibility, says Skyjack, allows below-grade reach and enables the unit to fold to a more compact profile for transport. The boom features the True Vertical Rise feature, which ensures the boom arm does not drift when rising. It also promises low maintenance with its axle-based 4WD system. Other benefits include a 360º turret rotation and zero tail swing, allowing for work in tight spaces. (As an aside, Skyjack says it will be delivering its 250,000th unit later this year. The event has prompted a search to find the oldest working Skyjack scissor lift.)