News
Skyjack’s aerial work platforms can be used for giant waterslides, too! 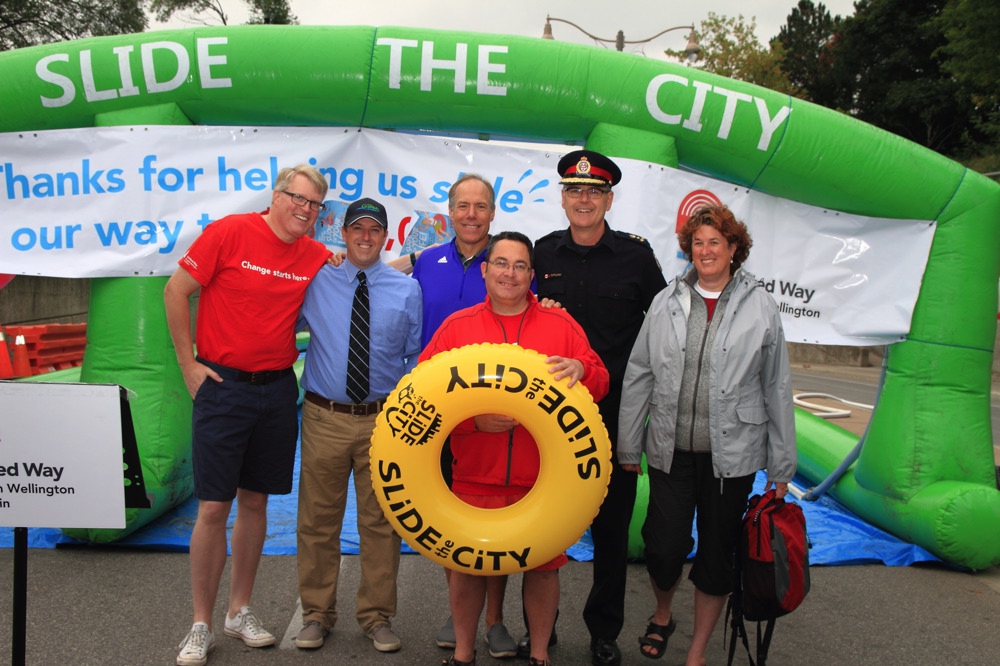 October 13, 2015 – Skyjack (a division of Linamar Corp.) recently helped the United Way Guelph Wellington Dufferin kick off its 2015 fundraising campaign with a splash with last month’s Slide of Your Life—a 1000 ft-long waterslide event down the middle of Norwich Street in Guelph, Ont.

For the event, Skyjack donated a telehandler to help expedite the slide’s removal from the busy downtown street. The slide was broken down into 11 pieces that were 100-ft long and weighing about 1200 lb each.

“The Skyjack telehandler made our cleanup efforts much simpler,” said Colleen Murdoch, communications director at United Way Guelph Wellington Dufferin. “I don’t know if it would’ve been possible to lift the slide section with only human power. It was very nice to have the assistance.”

Skyjack donated the VR1056E telehandler as part of its global “30 for 30 Partners” campaign, which aims to support 30 charitable organizations through the donation of aerial work platforms. Launched in February, the program celebrates Skyjack’s 30th business anniversary.