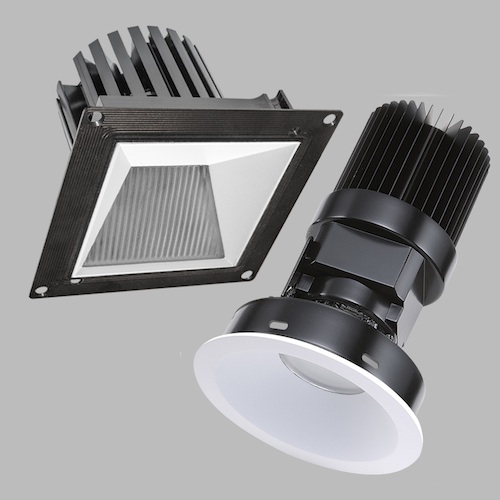 The first is Graffiti “ambient dim” LED downlights, which feature a CRI of 96, light output of 1000 lumens, and a proprietary chip that enables warm dimming from 3000K down to 1900K.

The second is Graffiti “Standard” LED downlights, sporting a 90+ CRI with a Citizen chip that provides light output of 1000-2000 lumens.

Offered with or without flanges, the fixtures can be tilted up to 40 degrees and extended up to 360 degrees. The Graffiti system is also compatible with Lutron driver and control systems.