Features Careers Training & Education
So what’s the problem (if any) with proposed Canada Job Grant? 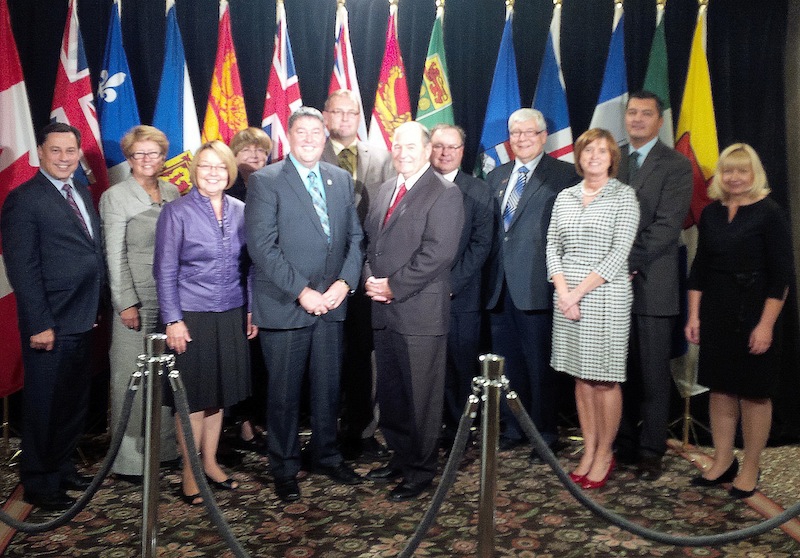 September 25, 2013 – Canada’s premiers, provincial and territorial (P/T) labour market ministers met yesterday to discuss skills training and the renewal of labour market agreements that are set to expire in April 2014 and, as per the Council of the Federation meeting in July, they are still not happy with the proposed Canada Job Grant.

At the meeting in July, the premiers unanimously felt the Canada Job Grant would jeopardize the “success of current labour market programs” already in place. Premiers David Alward (New Brunswick) and Christy Clark (British Columbia) were asked to take the lead on issues related to labour market and skills training.

The P/Ts have jurisdiction over skills training and labour market programs and, as such, they are best placed to design and deliver programs and services that reflect local labour market needs, insist the premiers. Last year alone, they say, the P/Ts invested about $22 billion on post-secondary education and skills development.

The ministers do agree, however, that Canadians need all governments to work together to help workers acquire the skills they need to be successful in today’s labour market; as such, they say they are seeking a meeting at the earliest possible time with Jason Kenney—federal employment and social development minister—to discuss the renewal of federal, provincial and territorial labour market agreements.

According to the ministers, industry employers and stakeholders in their jurisdictions say the proposed Canada Job Grant does not meet their needs. Three overriding concerns are shared by the P/T ministers:

Improving labour market participation for these groups is exactly what the labour market agreements were designed to do when they were signed in 2008. The federal proposal, if fully implemented, would take $600 million per year out of this programming, say the ministers.

#2: The majority of small- and medium-sized enterprises (SMEs) would be unable to participate because of the need for the business to cost-match the program. The ministers are strongly supportive of the involvement of employers in improving the skills of their current and future employees, they say, but the administrative burden is “of significant concern”.

#3: The flexibility to tailor programs within each province and territory will be lost. The current proposal would be a step back to the one-size-fits-all approaches of the past, which does not work.

The ministers released a report entitled “Building Skills Together” detailing the importance of skills and training, the success of the current programming under labour market agreements, and their concerns about the federal proposal. The ministers also reiterated that federal funding agreements or initiatives such as the Canada Job Grant must allow jurisdictions to opt out with full compensation.