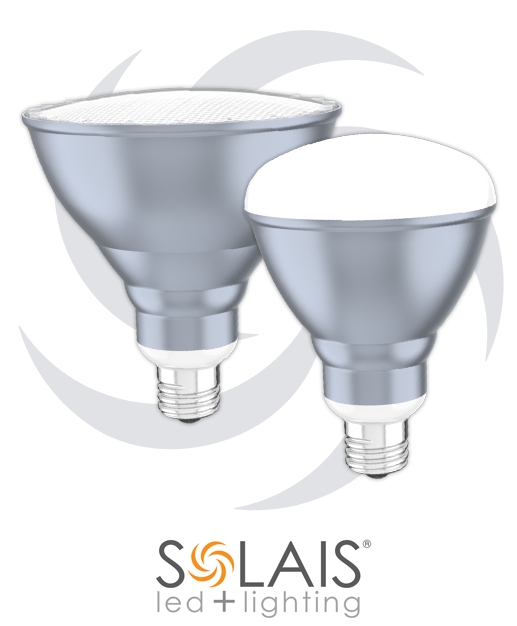 December 31, 2012 – Solais Lighting has introduced its LRP and LBR families of passively-cooled LED lamps, which it says match both the aesthetics and performance of PAR and BR incandescent sources. The LRP and LBR series include the following models: LRP38, a 16W PAR38 LED replacement; LRP30LN, a 14W PAR30 Long Neck LED replacement; LBR40, a 16W BR40 LED replacement; and LBR30, a 14W BR30 LED replacement. The lamps feature the company’s Optics2 technology—the appearance of a recessed, single-source light through primary optics.