News
Something so geeky, it’s cool: The Map of the Internet 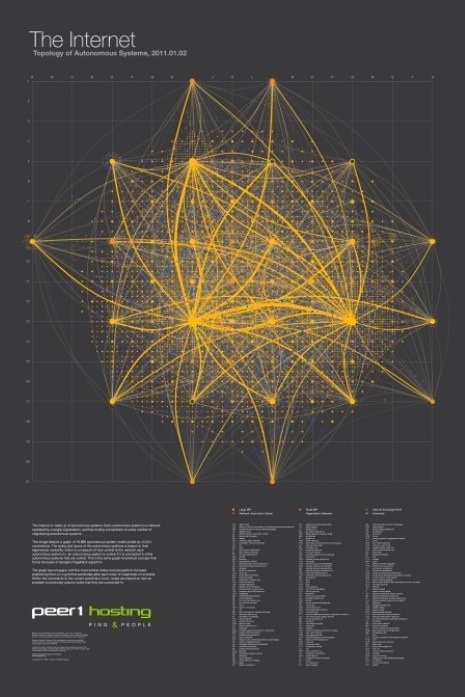 Have you ever thought about how the internet works? Or, better yet, how it looks on a map? The folks at PEER 1 Hosting did, so they created something so geeky, it’s cool: The Map of the Internet!

So what does it show?

It’s a layout of all the networks that are interconnected to form the internet. Some are run by small and large ISPs, university networks, and customer networks—such as Facebook and Google. It’s visual representation of all those networks interconnecting with one another, forming the internet as we know it. Based on the size of the nodes and the thickness of the lines, it speaks to the size of those particular providers and the connections.

PEER 1 Hosting is on the map (grid position N10). It runs its own network across North America and Europe.

CLICK HERE or above for The Map of the Internet.