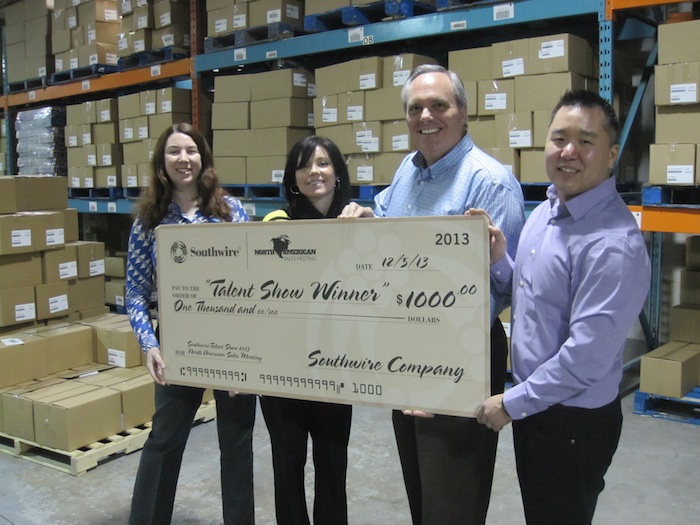 The winning employees decided to donate their $1000 prize to the food bank, which was then matched by Southwire Canada president, Axel Schlumberger.

The donation was formally presented on January 30, 2014.

“We are extremely proud of our talented employees and their generosity in donating their winnings to benefit the local community,” said Schlumberger.

The team won first place with a version of “Gentleman” by South Korean popstar, Psy, with the lyrics changed to reflect a company theme.

“The Southwire Canada donation illustrates a creative way in which companies and individuals can donate and become involved with the Food Bank,” said Pamela Sleightholm, marketing and fund development coordinator for The Mississauga Food Bank.

Through a network of neighbourhood food banks, the Mississauga Food Bank provides about 2.8 million meals each year, with a majority of the meals going to children under the age of 18.