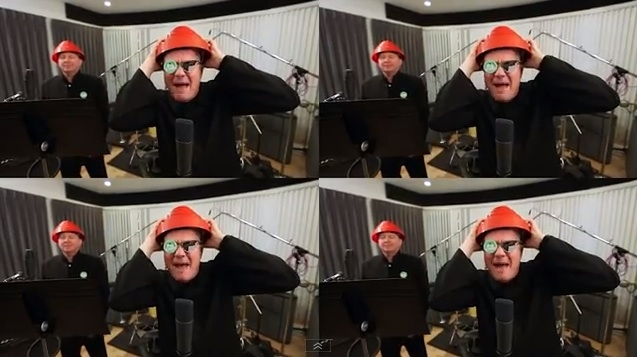 December 21, 2012 – Think you can “Rip It real good”? If so, Southwire wants you to make a video that could earn you a cool prize.

Earlier this year, Southwire teamed up with Devo, a 1980s punk/new wave band, to encourage electrical contractors to “Rip It” with their remake of the classic hit song, “Whip It”. The collaboration resulted in a new video that promotes Southwire’s SimPull Rip Chip disc, a system claiming to save time, while eliminating the need to use a knife to remove the stretch wrap placed around wire reels to keep them clean, dry and secure during shipping.

The Rip It! Video Contest asks participants to create their “RipThatChip” video from 10 seconds to 2 minutes in length, then post their video on their personal YouTube channel. Participants are permitted to submit multiple contest entries. All video entries should be entitled “RipThatChip.”

The contest closes January 31, 2013. Southwire will select one winning video following the end of each of October, November, and December during that period.

Visit www.southwireanddevo.com for the full set of contest terms and conditions.

“We had fun working with members of Devo on the ‘Rip It’ video and went to several job sites to tape work crews. The feedback has been great and we want to give other contractors the chance to get in on the act,” said Jack Carlson, president of Southwire’s Electrical Division. “The Rip Chip disc is a fun and effective addition to our packaging that we launched earlier this year that is making life easier for contractors on job sites across the country.”

The company lined up original Devo band members Mark Mothersbaugh and Gerald Casale to record ‘Rip It’ in Los Angeles earlier this year, while a number of electrical contractors have starring roles in ‘Rip It,’ singing the song and doing a Devo-inspired dance in hard hats.