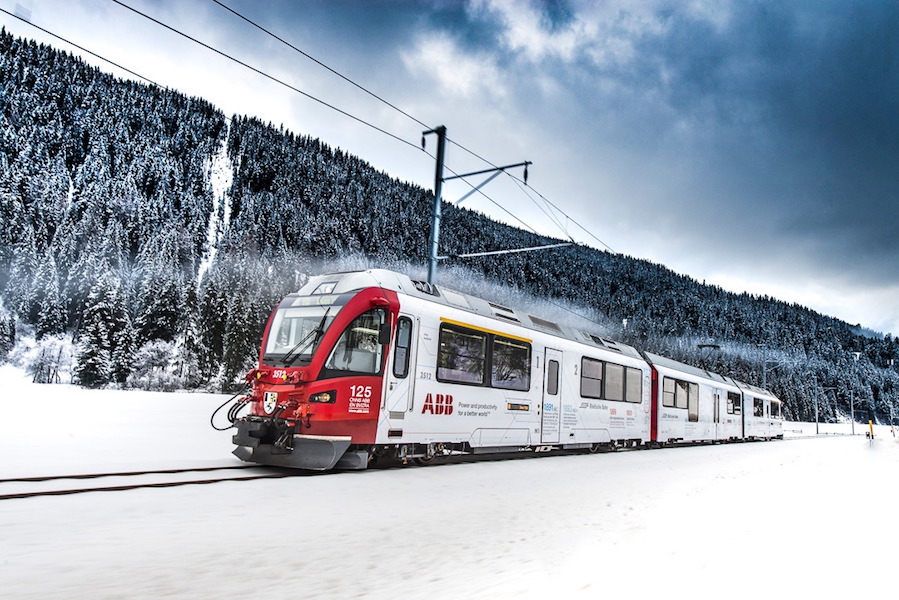 March 10, 2016 – This year, ABB is celebrating 125 years in Switzerland and, to kick-off the anniversary year, a Rhaetian Railways’ Allegra train will display a timeline of facts and graphics highlighting historic milestones of ABB’s history.

In 1891, Charles Brown and Walter Boveri founded BBC in Baden. In 1988, BBC merged with the Swedish company ASEA to form ABB. In the power and automation technology portfolio of the group, electrical systems for trains as well as for railway infrastructure still form a core part of the company, says ABB. Thus, the Allegra trains are equipped with a drive package from ABB, which generates electricity while descending grades across the network for trains climbing back up the mountains.

The ABB Group of companies operates in roughly 100 countries, and employs about 140,000 people worldwide.