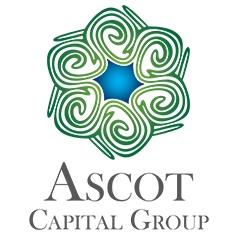 January 30, 2019 – Ascot Capital Group, the parent company of Standard and Stanpro, has decided to merge the two businesses, creating one of the largest lighting companies in Canada.

The combined, 100% Canadian owned and managed business will employ close to 400 people, with design, engineering and manufacturing capabilities within Canada to serve national accounts, construction projects and retrofits. Its product line will include lamps, ballasts and drivers for industrial, commercial, architectural, decorative, accent, temporary, emergency, explosion-proof and harsh-location lighting.

“Strategically, this merger will capture synergies that will allow the combined entity to increase its value proposition and to invest and grow at an accelerated pace,” says David Nathaniel, CEO. “Combining the two businesses will be a major effort. We plan to ‘go live’ in the fourth quarter (Q4) of this year, once we migrate to a uniform platform.”

For now, Standard and Stanpro sales representatives will be able to offer both businesses’ products for stock, projects and retrofits. In Q4, the combined company name will change to Standard-Stanpro and all services and support will be integrated.

The businesses’ distribution centres and sales offices—currently occupying multiple buildings in British Columbia, Ontario, Quebec and Nova Scotia—will eventually be consolidated, with one facility for each area.

Besides Nathaniel serving as CEO, Stanpro’s Sam Rimoin will be president and Rob Nadler will be executive vice-president (EVP). Current Standard president Kelly Hanson will remain involved in a different role, while Standard EVP Jason Prevost will pursue other business opportunities.

A further update is planned for Feb. 7, outlining more detailed changes that will be implemented. Stay tuned.