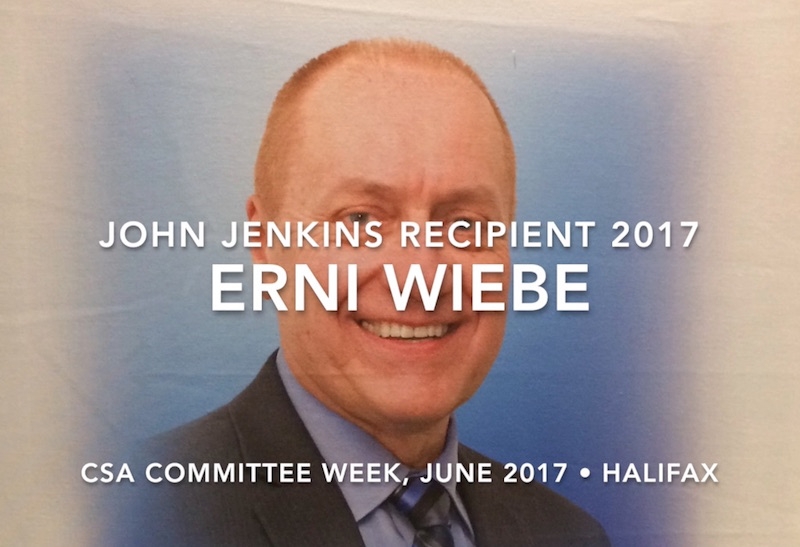 The John Jenkins Award is the most prestigious honour awarded by CSA Group, recognizing an individual for distinguished service in the development, advancement and application of voluntary standards.

Erni congratulated all of this year’s Award of Merit winners, and graciously thanked CSA Group and its staff, the companies who allow their employees to be involved with standards development, committee colleagues, and his wife and family.