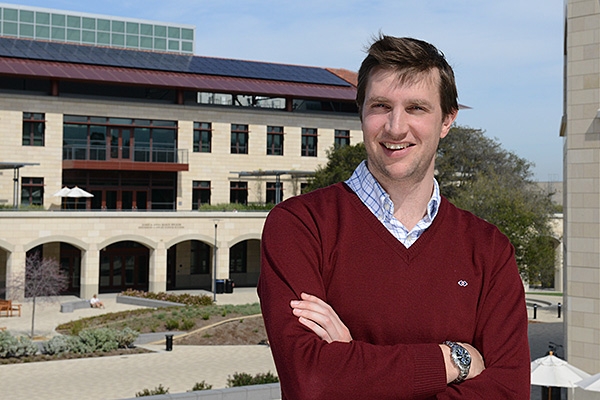 April 8, 2013 – The construction of the photovoltaic power industry since 2000 has required an enormous amount of energy, say Stanford University researchers, mostly from fossil fuels. The good news is that the clean electricity from all the installed solar panels has likely just surpassed the energy going into the industry’s continued growth.

The rapid growth of the solar power industry over the past decade may have exacerbated the global warming situation it was meant to soothe, simply because most of the energy used to manufacture the millions of solar panels came from burning fossil fuels. That irony, according to Stanford University researchers, is coming to an end.

For the first time since the boom started, the electricity generated by all of the world’s installed solar PV panels last year probably surpassed the amount of energy going into fabricating more modules, according to Michael Dale (in photo), a post-doctoral fellow at Stanford’s Global Climate & Energy Project (GCEP). With continued technological advances, the global PV industry is poised to pay off its debt of energy as early as 2015, and no later than 2020. (Watch VIDEO below.)

“This analysis shows that the industry is making positive strides,” said Dale, who developed a way of assessing the industry’s progress globally in a study published in the current edition of Environmental Science & Technology. “Despite its fantastically fast growth rate, PV is producing—or just about to start producing—a net energy benefit to society.”

The achievement is largely due to steadily declining energy inputs required to manufacture and install PV systems, according to co-author Sally Benson, GCEP’s director. The new study, Benson said, indicates that the amount of energy going into the industry should continue to decline, while the issue remains an important focus of research.

“If we can continue to drive down the energy inputs, we will derive greater benefits from PV,” she said. “Developing new technologies with lower energy requirements will allow us to grow the industry at a faster rate.”

The energy used to produce solar panels is intense, say researchers. The initial step in producing the silicon at the heart of most panels is to melt silica rock at 3000F.

As investment and technological development have risen sharply with the number of installed panels, the energetic costs of new PV modules have declined. Thinner silicon wafers are now used to make solar cells, less highly refined materials are now used as the silicon feedstock, and less of the costly material is lost in the manufacturing process.

Increasingly, the efficiency of solar cells using thin-film technologies that rely on earth-abundant materials such as copper, zinc, tin and carbon have the potential for even greater improvements.

To be considered a success—or simply a positive energy technology—PV panels must ultimately pay back all the energy that went into them, says Dale. The PV industry ran an energy deficit from 2000 to now, consuming 75% more energy than it produced just five years ago. The researchers expect this energy debt to be paid off as early as 2015, thanks to declining energy inputs, more durable panels and more efficient conversion of sunlight into electricity.

Should current rapid-growth rates persist, about 10% of the world’s electricity could be produced by PV systems by 2020. At today’s energy payback rate, producing and installing the new PV modules would consume around 9% of global electricity. However, should the energy intensity of PV systems continues to drop at its current learning rate, then less than 2% of global electricity will be needed to sustain growth of the industry by 2020.

Continued reduction of the energetic costs of producing PV panels can be accomplished in a variety of ways, such as using less materials or switching to producing panels that have much lower energy costs than technologies based on silicon. The study’s data covers the various silicon-based technologies, as well as newer ones using cadmium telluride and copper indium gallium diselenide as semiconductors. Together, these types of PV panels account for 99% of installed panels.

The energy payback time can also be reduced by installing PV panels in locations with high-quality solar resources, like the desert Southwest in the States and the Middle East. “At the moment, Germany makes up about 40% of the installed market, but sunshine in Germany isn’t that great,” Dale said. “So, from a system perspective, it may be better to deploy PV systems where there is more sunshine.”

This accounting of energetic costs and benefits, say the researchers, should be applied to any new energy-producing technology, as well as to energy conservation strategies that have large upfront energetic costs, such as retrofitting buildings. GCEP researchers have begun applying the analysis to energy storage and wind power.