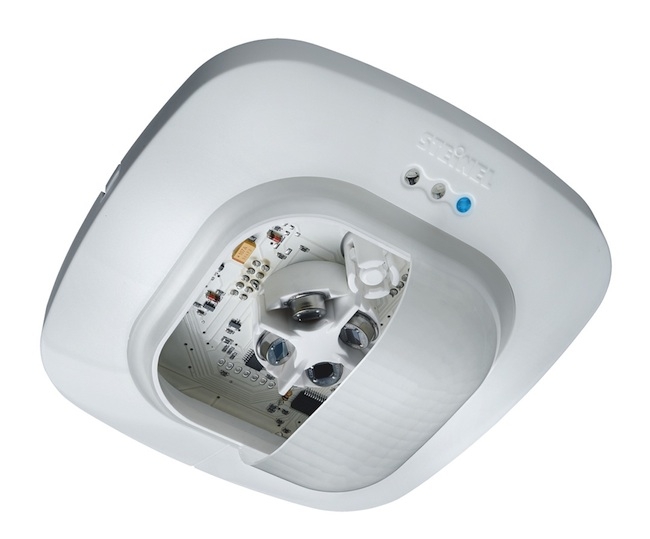 April 29, 2013 – Steinel America says its new IR Quattro HD presence detector features a mechanically scalable square detection zone, which enables coverage zones to be clearly planned without overlapping or gaps and with no detection in neighbouring passageways. The IR Quattro HD mounts on a ceiling and turns lights on and off automatically in response to occupancy and to changes in light levels. Its square design provides a square coverage zone incorporating four digital pyroelectric sensors, while the lens optical design provides 4800 switching zones resulting in much greater precision in detection.