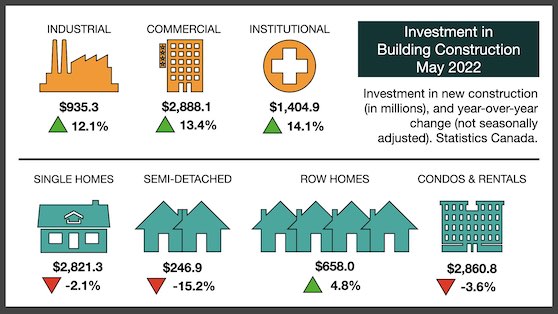 July 15, 2022 – Statistics Canada reports investment in building construction edged down 0.2% to $20.6 billion in May. If you exclude Ontario, investment increased 1.1% nation-wide.

Many of Ontario’s unionized construction workers were on strike during the month, notes Statscan. “These strikes caused significant delays in numerous residential and non-residential construction projects throughout the province.” 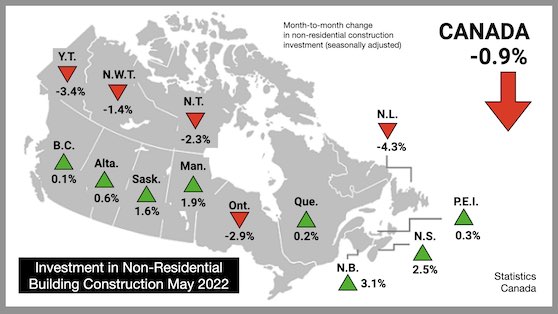 As such, investment in the non-residential sector contracted 0.9% to $5.2 billion in May, with the strike in Ontario offsetting the gains of eight provinces, and driving all three components (industrial, commercial, institutional) downward. 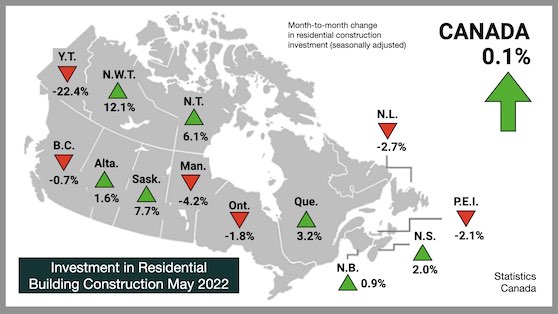 Investment in single-family homes declined 2.5%, ending its seven-month growth streak. Overall, six provinces reported growth in May, which was offset by declines in four provinces, with Ontario and Quebec causing most of the decline. 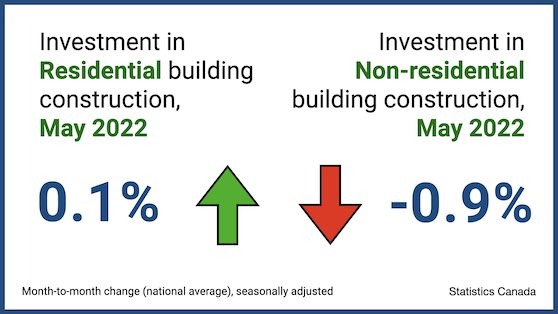