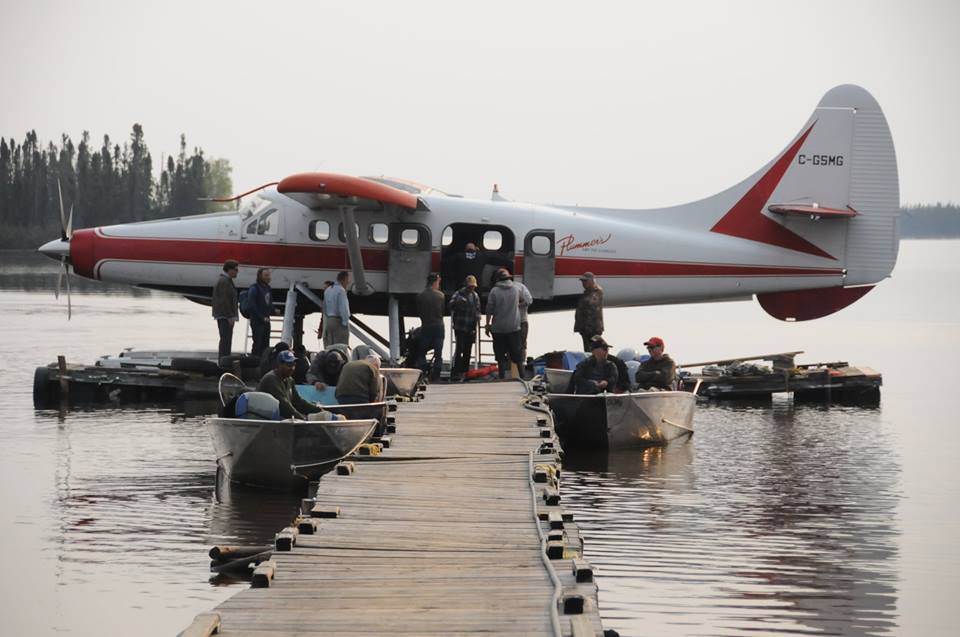 July 9, 2015 – The grand prize winners of the AD Rewards and Osram all-inclusive “Reel it in to Win” promotion—Wes Stryker from Fliet Electric and Stacey Giesbrecht from Mid-Lite Electric—have returned from Gangler’s North Seal River Lodge in Northern Manitoba, with everyone catching 40 to 50 fish a day. Congratulations!

The promotion ran from October 1 to November 30, 2014. To win, Stryker and Giesbrecht had to purchase Osram products and play an online fishing game. The two caught the greatest total weight in fish during the promotion period, and were named the grand prize winners.

With the AD Rewards Customer Loyalty Program, customers are rewarded points for purchasing participating suppliers’ products from an AD distributor. Customers can redeem their points at adrewards.ca for a number of items, such as BBQs, kitchenware, televisions, pool cleaning robots and more.