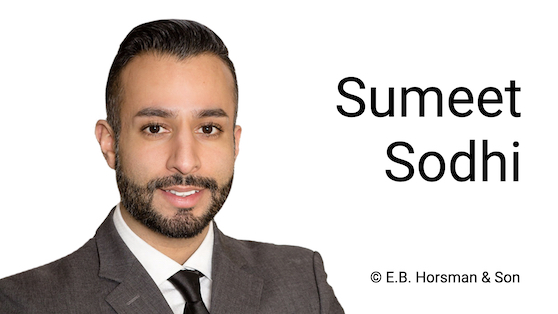 Sumeet also assumes the responsibilities of Mark Murray, who has retired.

He has his Masters of Business Administration from Royal Roads University, and a Bachelor of Science in Information Technology from Simon Fraser University.

Prior to joining EBH & Son in April 2012, Sumeet served with B.C.’s Ministry of Social Development, and as the director of Admissions with Vancouver Career College.

Established in 1900, E.B. Horsman & Son is counted among Canada’s Best Managed Companies, and is a member of North American buying group AD.