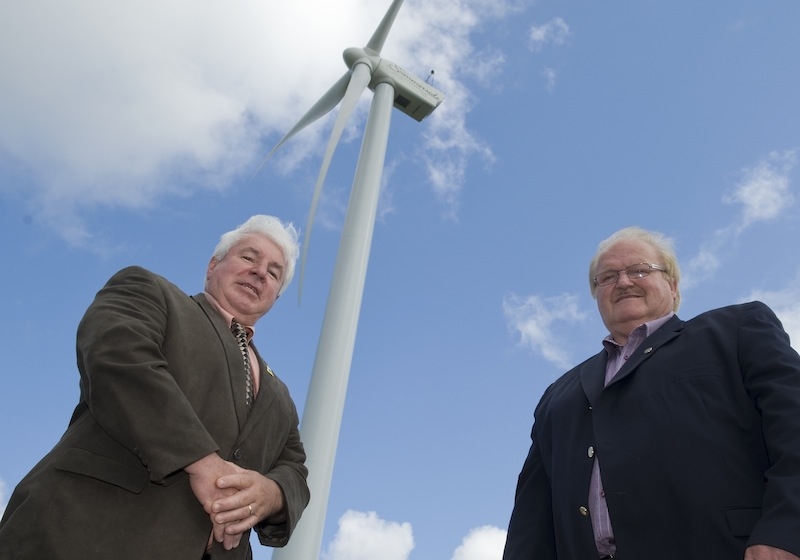 August 30, 2011 – The official opening of the Summerside Wind Farm in Prince Edward Island marks greater access to clean, renewable energy for families in the province.

“Our Government is focused on creating jobs and building economic opportunity for Canadians and the communities in which they live,” said Gail Shea, Canada’s minister of National Revenue. “The Summerside Wind Farm project is an example of what we are doing to keep Canadians working, our economy growing and our communities green.”

“Access to clean sources of renewable energy help improve the health and well being of communities like Summerside,” said Ron MacKinley, minister of Transportation and Infrastructure Renewal for PEI. “This wind farm is already producing results for the people of this community and the province is pleased to have partnered in the project.”

The project was completed in two phases of construction, where Phase One consisted of the purchase and installation of one wind turbine while Phase Two saw the purchase and installation of three wind turbines at the North St. Eleanors’s site. Together, the wind farm has the potential to meet more than 25 per cent of the energy needs of the community of Summerside, they said.

“On behalf of Summerside City Council, I would like to thank both the federal and provincial governments for their investment into this infrastructure in our community,” added mayor Basil Stewart. “It has been a terrific project as the wind farm provides approximately 25 per cent of our electrical needs in green power to the city.”

According to the government, the total estimated cost of Phase One was more than $5.7 million with the Government of Canada providing $1.9 million from the Municipal Rural Infrastructure Fund and $952,116 from the Gas Tax Fund. The Government of Prince Edward Island contributed $1.9 million to this phase with the City of Summerside providing $952,116. The project cost for Phase Two was $24.3 million with the Government of Canada having provided $4.5 million from the Major Infrastructure Component of the Building Canada Fund. Phase Two also received $7.6 million from the federal Gas Tax Fund. The province of Prince Edward Island provided $4.5 million with the City of Summerside contributing the balance of funding. The total project cost of both phases was $30 million.