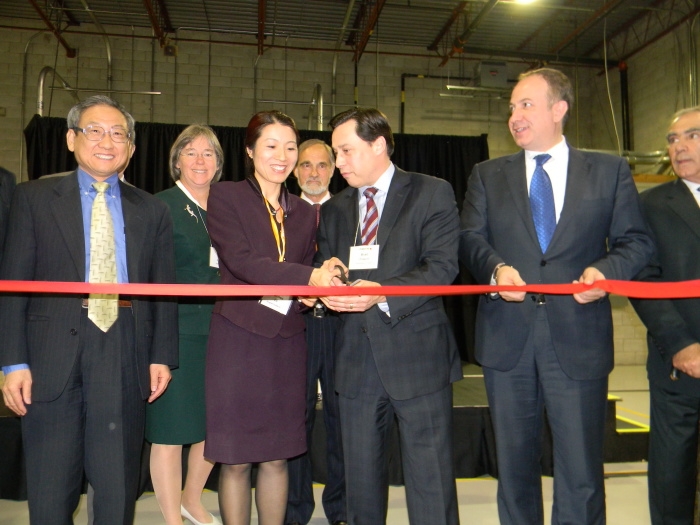 Sungrow Canada Inc. has established its North American headquarters in Vaughan, Ont.—part of the company’s $10-million investment in Ontario. EBMag was there yesterday as company and government dignitaries participated in the grand opening ceremony.

“We are proud to select Ontario for the headquarters for our North American operations,” said Ms. Feizhen Lu, president and CEO, Sungrow Canada Inc. “Ontario’s Feed-In Tariff program has opened up new markets for us and we look forward to expanding our business and reaching new customers with made-in-Ontario solar inverters.”

During her address, Lu mentioned the company had initially looked at establishing its North American HQ in the United States, but was ultimately attracted to, and settled on, Ontario because of its aggressive green energy policy.