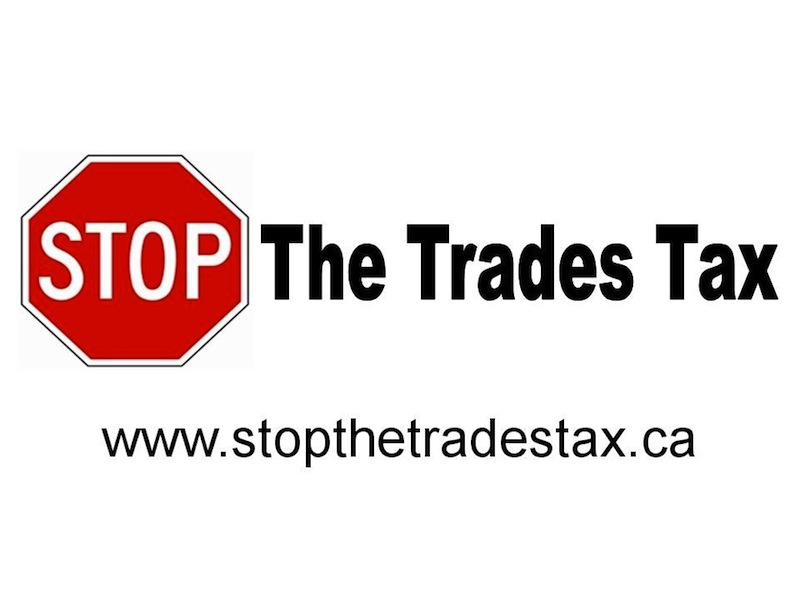 (UPDATED see “College of Trades makes the Sunshine List!” at bottom) March 28, 2014 – Anyone who has been following the dispute over Ontario’s fledgling College of Trades has come to see it as a faceoff between union and non-union supporters. So imagine my surprise when this news crossed my desk: “Largest Construction Labour Union in Ontario Joins Alliance Committed to Fight the College of Trades”. Really?

Yes, according to Stop the Trades Tax (the campaign opposed to the college), the Labourer’s International Union of North America (LiUNA)—and all its affiliated locals—“broke ranks from other labour groups” and joined the campaign.

“We were originally supportive of the notion, in principle, of the College of Trades to be an institution that would promote skilled trades and apprenticeship to young people, and would facilitate a conversation around skilled trades,” says Cosmo Mannella, business manager of LiUNA Ontario Provincial District Council. “However, the college has demonstrated that this is not what it is. It has proven itself to be a completely reckless institution that is threatening jobs and creating barriers for those already employed in the skilled trades.”

“Our tradespeople have succeeded through learning practical skills on the job, and being forced to write an exam after many years of skilled employment will only create barriers for them to thrive,” added Mannella.

Stop the Trades Tax explains Ontario apprentices and journeypersons are being forced to pay membership fees to the college.

“To make matters worse, the College of Trades is preparing to make it even harder to work in the trades by enacting an agenda that includes broad-based compulsory certification for all Ontario trades,” adds the campaign. “This will mean any tradesperson, working anywhere in Ontario, will need a licence to pick up a hammer, install drywall—amongst many other things—plus will have to fork over more money every year to the government for a piece of paper in order to find work, or even to keep the job they have already.”

The campaign was launched in 2011 and has grown to 39 organizations, says the campaign, whose members represent over 195,000 skilled tradespeople and over 8000 businesses across Ontario.

LiUNA is an international union of construction workers, waste management workers, show service workers and healthcare workers in Canada and the States.

I am interested to see what new dynamic, if any, this news brings to the debate.

Today was also the day the salaries and taxable benefits of Ontario Public Service (OPS) and broader public sector (BPS) employees who were paid $100,000 or more in 2013 were released… and 10 members of the College of Trades made the cut! Congratulations to: