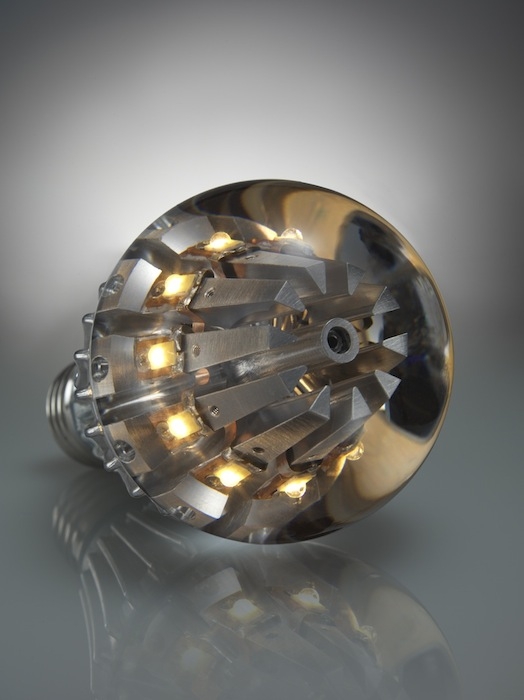 June 17, 2011 – Switch Lighting debuted the self-proclaimed first ever 100 watt-equivalent LED bulb, the A19 LED replacement bulb at Lightfair 2011 last month. The bulb produces 1700 lumens in neutral white, and in late 2012, the company says it will offer a warm white version. Using its City of Light technology, the bulb creates a self-cooling environment inside, allowing maximum brightness with fewer LEDs, it continues, adding that it is the brightest LED replacement bulb available on the market.