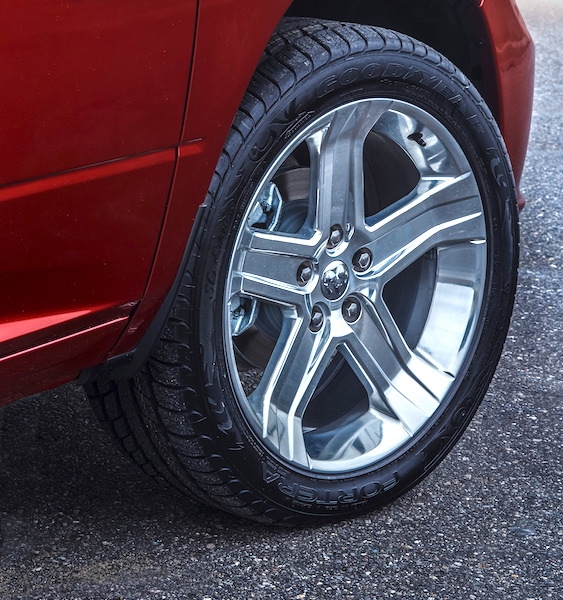 June 28, 2017 – The Canadian pickup truck market is huge, catering to the multiple needs of work and home—sometimes all in one package. In fact, pickups serving both the workplace and the family are becoming the norm. This fact alone makes choosing the right one simply that much more complex.

Trying to offer truck buyers an unbiased perspective is one of the reasons I started the Canadian Truck King Challenge about a decade ago. Each year since, my group of journalist judges has continued to fulfil that original mandate: testing pickup trucks and vans the same way that owners use them. This real-world competition includes empty evaluations but, more importantly, testing while loaded and while towing.

The judges are members of the Automobile Journalist Association of Canada (AJAC): men and women who devote their entire year to driving, evaluating and writing about the Canadian automotive marketplace. Collectively, they brought over 200 years of trucking experience to this year’s testing, driving a combined total of almost 4000 km over three long days.

This year, judges travelled from Quebec in the east and British Columbia and Saskatchewan in the west to attend the event, which is conducted at a private 70-acre site in the Kawartha Lakes region of Ontario.

What did we test?
The market offers up different trucks each year, but there are rarely more than two new trucks in a given year, so we also look to fill out each group to offer a decent-sized comparison.

This year, we had a field of 11, 2017 pickup trucks, falling into four classes: mid-size, full-size half-ton and full-size 3/4-ton. (The full-size 1-ton trucks were tested in London, Ont., a few days later. No commercial vans were tested this year, as there was not enough new stuff from what we did last year.)

Testing method
Each judge drives each truck empty, then with payload and, finally, with a trailer in tow, over the same route; one after the other, back-to-back. Yes, it gets repetitive, but this is the best way to feel the differences between the trucks. Trucks are scored in 20 different categories; those scores are then averaged across the field of judges and converted to a percentage. Finally the As Tested price of each vehicle is also weighted against the average price of the group (which adds or subtracts points) for the final outcome.

The route we use is called The Head River test loop. It’s a combination of public roads stretched out over 17 km. The loop starts on gravel, moves to a secondary paved road and, finally, highway. Speed limits vary from 50 km/h to 80 km/h, and the road climbs and drops off of an escapement several times, providing good elevation changes. At its lowest point, the course crosses the Head River twice (hence the name).

Finally, 4WD-equipped trucks (which was all of them) are driven on an internal off-road course built for that purpose at the IronWood test site.

For the 1-ton trucks, we switch over to the London, Ont., location, where we have partners who loan us the weight and trailers necessary to test the big pickups. Patene Building Supply and IKO let us use 4000 lb of shingles for payload, while CanAm RV centre lets us tow 15,000-lb 5th-wheel travel trailers.

Between the two mid-size trucks, the Honda impressed the judges. As with anything new, it had an edge, while the Colorado diesel was a big splash when it debuted last year. However, it wasn’t just the new factor that pushed its score past that of the Colorado. The prior generation of Ridgeline was a niche, quirky truck that appealed to a select buyer but, this time around, the Ridgeline has moved closer to the mainstream while retaining some of its unique characteristics.

It did most everything well (e.g. payload, towing… even off-road) and still offered the most car-like ride. The judges rewarded Honda for a significant generational update. Toyota opted not to give us use of a Tacoma (which we tested last year) and Nissan did not offer up a Frontier (no doubt because it is in the last year of its current cycle before a major upgrade).

The full-size half-ton category is the meat of the market, accounting for just under 80% of total pickup sales in Canada. As such, it is one of the most competitively fought over by automakers. For us, it’s a segment we consider very carefully—particularly when it comes to deciding which vehicles to test.

This year, we came up with an idea that should appeal to this large group of buyers. We asked each of the manufacturers to give us the one half-ton that was its best seller in terms of most popular combination of body style, trim and powertrain. This way, we’d be testing the trucks Canadians buy most often.

Some, like the Nissan Titan, are all new; others, like the Chevy and Ram, are midway through their current life cycles. Toyota chose to give us an off-road version of its Tundra, the TRD Pro. This is the newest truck they had, not really the most-often purchased, but it was their choice to enter it. As you’d expect, the Tundra performed really well off-road.

The other entries were exactly what we asked for. The Ram emerged as the judges’ choice for best all-round half-ton. However all the scores were close, and the Chevy also performed well.

Of course, I have to mention who was missing from the list: Ford. The leader in half-ton Canadian truck sales chose not to compete. Despite having entered trucks in every other Truck King Challenge competition since 2006, they declined this year’s competition. No specific reason was given, and while I certainly have my own theories as to why, I won’t speculate. They were invited. They said No. We continued without them.

Note that each of the trucks in the 3/4-ton category was diesel-powered. As these are the big haulers most commonly bought by Canadians, we stressed them by towing 10,000 lb of concrete. The judges made a point of saying that it was only under load that they could really feel how the trucks behaved.

The scoring here was close, as each truck performed well, though the Ram 2500 with the Cummins 6.7L diesel did come out slightly ahead. What was more interesting was the Nissan HD, which tied with the HD Silverado.

The Titan XD is the lightest (GVWR) of the three trucks, with the lowest tow and payload limits, but this is also reflected in its price, which elevated its overall score. However, these lower limits are not a disadvantage; if anything, it means the segment is growing and offering more choices for consumers.

This was the first time we tested the all-new 5L Cummins diesel V8. Meantime, it’s worth noting that Chevy’s veteran 6.6L Duramax diesel will be generationally updated next year.

For the 1-ton trucks, we fielded two competitors: the Ram 3500 and Silverado 3500. Again, we missed having Ford, particularly because its 2017 Super Duty trucks are all-new.

However, we performed a full field of tests on the Ram 3500 and Silverado 3500. After a full day of driving both trucks back-to-back, the judges awarded the win to the Chevy Silverado 3500. Both trucks worked well; the key difference judges noted was ride quality when towing, and they preferred the Chevy.

Fuel economy data
For the fourth year in a row, we had MyCarma of Kitchener, Ont., collect and translate fuel economy data during the Challenge. Using data loggers plugged into the OBD readers of each truck, the results are as real-world as they get. The report gives the fuel consumption results for each condition during testing—empty runs, loaded results, even consumption while towing. The averages include each judge’s driving style, acceleration, braking and idling (we don’t shut the engines down during seat changes).

The full results (empty, loaded, trailering) will be available for download at EBMag.com after publication of this edition (BELOW). At a glance, though:

Who’s the champ?
Competition is good, as it brings sharp, constant innovation. Consider Nissan, which is virtually a new player in the market, while the others have brought significant improvements to powertrains. These changes give buyers an ever-widening range of choices. As for electronic conveniences and luxury appointments, the variety and range of content for 2017 continues to expand unabated.

All the trucks in this year’s Challenge performed well and, as a group, you’ll notice just how close the scores are. This makes crowning a winner very difficult for the judges, as not one of these trucks is “bad”. The scores also reflect how fierce the competition is among the truck builders.

Frankly, there are few segments where the profits per unit are higher, which compels truck builders to bring their A-game.

That said, an overall winner must be crowned, so the overall winner of the 10th annual Canadian Truck King Challenge—with the highest collective score of 79.4%—is the:

Howard J. Elmer is an award-wining automotive journalist, and member of the Truck Writers of N.A. and AJAC. He is an on-air reporter for Motoring Television and chief contributor to Autofocus.ca.

* This article also appears in the June 2017 edition of Electrical Business Magazine. Check out our ARCHIVE page for back issues.