Features Blog
The ampere is “a sort of metrological embarrassment” 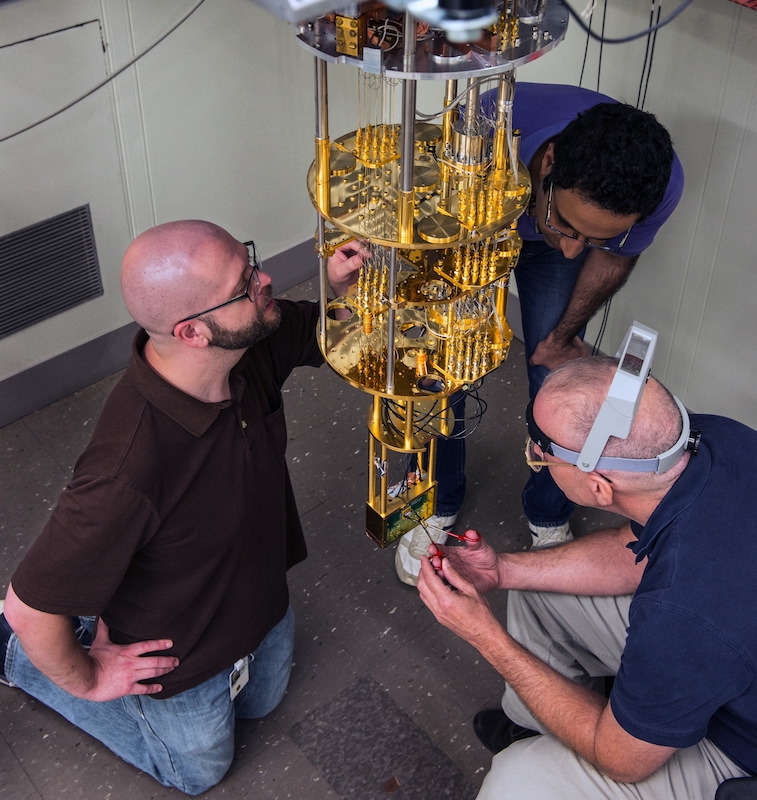 August 25, 2016 – After it’s all over, your lights will be just as bright and your refrigerator just as cold, but the ampere—that SI base unit of electrical current—will soon take on an entirely new identity.

In 2018, the base units of the International System of Units (SI) are scheduled to be re-defined in terms of physical constants, with major changes in the kilogram, kelvin, mole and, yes, the venerable ampere.

Scientists at the National Institute of Standards & Technology in the U.S. report they are working on a quantum-based measurement system that will be consistent with the ampere’s impending change.

The ampere (A) has long been a sort of metrological embarrassment: for one thing, its 70-year-old formal definition—phrased as a hypothetical—cannot be physically realized as written:

The ampere is that constant current which, if maintained in two straight parallel conductors of infinite length, of negligible circular cross-section, and placed 1 meter apart in vacuum, would produce between these conductors a force equal to 2 x 10-7 newton per metre of length.

For another, the amp’s status as a base unit is problematic. It is the only electrical unit among the seven SI base units, so it would be logical to expect all the other electrical units (e.g. volt and ohm) to be derived from it.

Ah, but that’s not the case!

Currently, the only practical way to realize the ampere to a suitable accuracy is by measuring the nominally derived volt and ohm using quantum electrical standards, then calculating the ampere from those values. (Josephson voltage and quantum Hall effect resistance can be determined via quantum constants to uncertainties of parts per billion or less.)

So, in 2018, the ampere is slated to be re-defined in terms of a fundamental invariant of nature—the elementary electrical charge (e)—where the charge of a single electron will be fixed at a value of 1.60217X × 10-19 ampere-second, and where X will be specified at the time of the redefinition. One ampere-second is the same as one coulomb.

Direct ampere metrology will thus become a matter of counting the transit of individual electrons over time.

But how do you do that?

Some of them are working with a nanoscale technique called single-electron transport (SET) pumping. Specially adapted at NIST for this application, it involves applying a gate voltage that prompts one electron from a source to tunnel across a high-resistance junction barrier and onto an island made from a microscopic quantum dot.

The presence of this single extra electron on the dot electrically blocks any other electron from tunnelling across until a gate voltage induces the first electron to move off the island, through another barrier, and into a drain. When the voltage returns to its initial value, another electron is allowed to tunnel onto the island; repeating this cycle generates a steady, measurable current of single electrons.

There can be multiple islands in a very small space. The distance from source to drain is a few micrometres, and the electron channels are a few tens of nanometres wide and 200 nm to 300 nm long. And the energies involved are so tiny that that device has to be cooled to about 10 millikelvin (-273.14 C) to control and detect them reliably.

Conventional, metallic SET devices, says NIST quantum-ampere project member Michael Stewart, can move and count single electrons with an uncertainty of a few parts in 108—in the uncertainty range of other electrical units—at a rate of tens of millions of cycles per second.

“But the current in a single SET pump is on the order of picoamperes [10-12 A], and that’s many orders of magnitude too low to serve as a practical standard,” said Stewart.

So he, along with colleague Neil Zimmerman and co-workers, are experimenting with ways to produce a current 10,000 times larger. By using all-silicon components instead of conventional metal/oxide materials, they believe that they will be able to increase the frequency at which the pump can be switched into the gigahertz range.

And by running 100 pumps in parallel and combining their output, the researchers anticipate getting to a current of about 10 nanoamperes (10-9 A). Another innovation under development may allow them to reach a microampere (10-6 A), in the range that is needed to develop a working current standard.

“At present, we are testing three device configurations of different complexity,” Stewart said, “and we’re trying to balance the fabrication difficulties with how accurate they can be.”

The scientists feel the SET pump could be used in conjunction with voltage and resistance standards to test Ohm’s Law, which states the amount of current (I) in a conductor is equal to the voltage (V) divided by the resistance (R). Hence

This relationship has been the basis for countless millions of electrical devices over the past two centuries. But metrologists are interested in testing Ohm’s law with components relying on fundamental constants. An SET pump could provide an all-quantum mechanical environment for doing so.

In a separate effort, scientists at NIST’s Boulder location are experimenting with an alternative technology that determines current by measuring the quantum phase-slips they engender while travelling through a very narrow superconducting wire.

— With files from NIST.