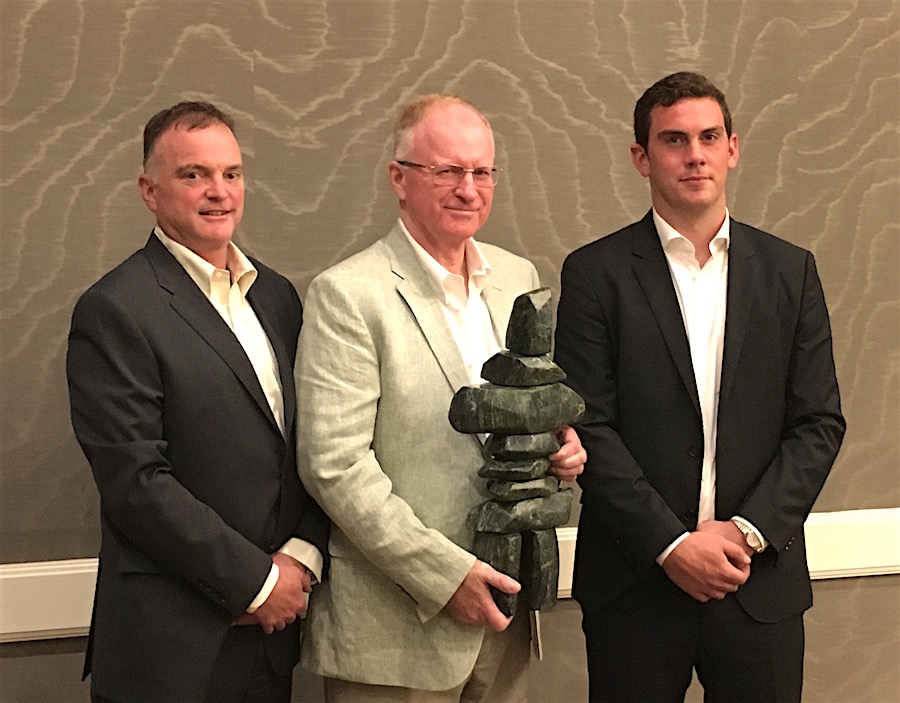 September 29, 2017 – This year’s recipient of the Douglas J.B. Wright Award—Electrical Contractors Association of Ontario’s highest accolade—is none other than John Wright, son of the man after whom the award was named.

John is a third-generation partner at Ontario Electrical Construction Co. Ltd. (OEC) and chair of the board.

ECAO and OEC created the Douglas J.B. Wright Award in 1992 to honour individuals who best exemplify the dedication and commitment to the electrical contracting industry as exhibited by Doug Wright. Since 1992, this recognition has been bestowed on 19 individuals who, in their time, have left their lasting stamp on the industry.

John Wright served on the Greater Toronto Electrical Contractors Association (GTECA) board for 16 years, serving as president from 2010-2012. He was a trustee on both IBEW Pension and Health & Welfare Plans from 2000-2014.

He has served on the Local Joint Conference Board, Electrical Trade Bargaining Agency (ETBA), Labour Relations Advisory Committee, Local Area Negotiating Committee, and as director of the Joint Apprenticeship Council (JAC) while with GTECA. John also committed time as a director for Joint Electrical Promotion Plan (JEPP) and as a member of the Human Resources Committee.