News
The Bluenose II to officially relaunch this month! 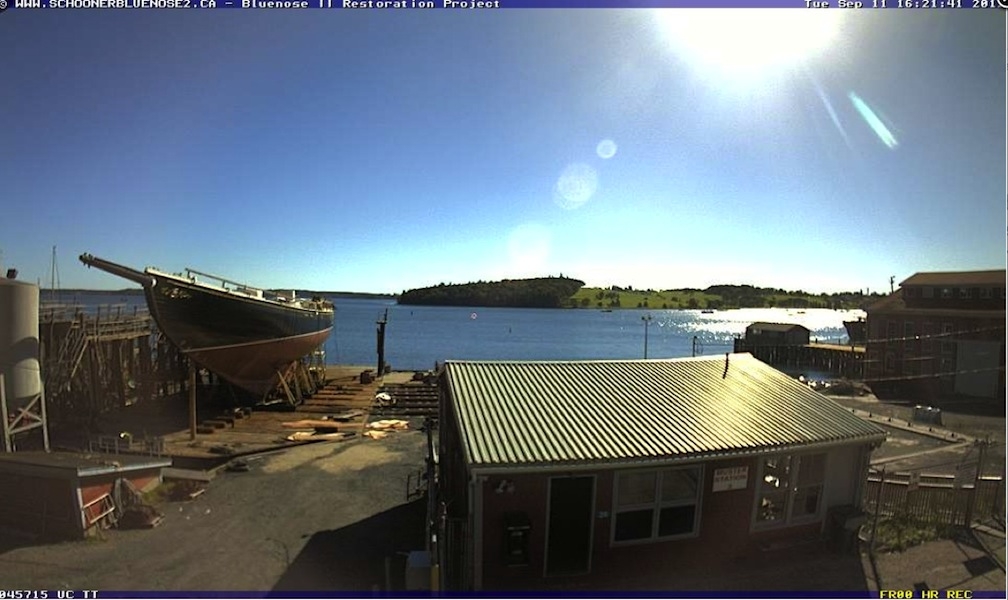 September 11, 2012 – Nova Scotia’s sailing ambassador, the Bluenose II, will officially relaunch in Lunenburg, N.S., on September 29 during an all-day celebration for Nova Scotians, Canadians and international visitors. Webcams have been repositioned and will continue to stream images until the Bluenose II goes back in the water. There have been more than two million visits to the webcams since they began broadcasting in December 2010. CLICK HERE to view the Bluenose II webcam.

“It will be absolutely magical to see her back in the water,” said Lawrence Mawhinney, Mayor of Lunenburg. “We look forward to this wonderful event with great anticipation.”

The official relaunch will lower the Bluenose II into the water from the 1200-tonne marine railway and winch it out, link by link, to be towed beside the Fisheries Museum for the event.

Highlights of the relaunch event will feature family entertainment and local talent in the afternoon. The evening Bluenose II celebration will include top East Coast talent, a video and a fireworks presentation.

A redesigned website for the sailing icon has also been launched. CLICK HERE to check it out.

“Bluenose II is a Canadian icon that symbolizes Nova Scotia’s prominence in the fishing and shipbuilding industries,” said Peter MacKay, minister of national defence. “I congratulate all those who worked so hard to make the Bluenose II relaunch possible.”

“So many people have been waiting for this day to come, the excitement is at fever pitch,” said Leonard Preyra, minister of communities, culture and heritage. “We expect thousands of people to see the Bluenose II officially return to the water on September 29.”

“It will be the deepest launch ever out of the foundry in Lunenburg,” said Peter Kinley, president of the Lunenburg Foundry, and one of the partners in the Lunenburg Shipbuilding Alliance. “She will then go to our foundry wharf at the head of the harbour to get rigged and commissioned.”

The Bluenose II is in a land-based slipway and will slide into the water, and be raised again, several times in the days before the relaunch for required tests, including watertight integrity.