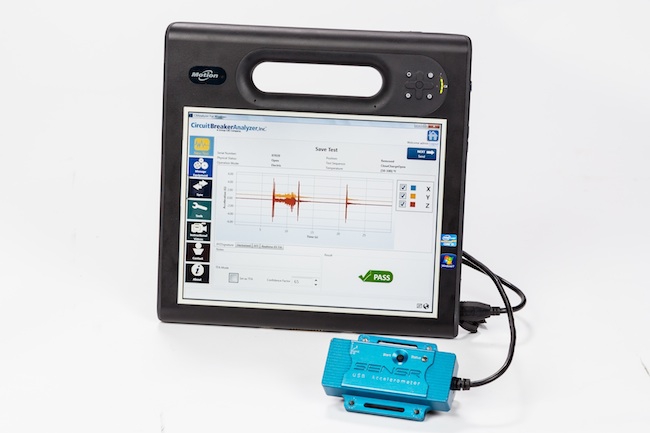 Used in conjunction with an external calibrated accelerometer that attaches magnetically to the breaker under test, the app runs on a tablet or PC to identify potential mechanical failures before they happen. The tool, according to the company, helps customers avoid unplanned downtime and confirm arc-flash calculations based on trip times without the need to modify existing equipment or remove them from service. Users can also operate the breaker in any sequence desired, including trip, charge, or close. The vibration data created by the breaker operation is captured, displayed locally against previous tests, and analyzed via a Web-based application to identify potential problems based on vibration signature and the model of the breaker under test.