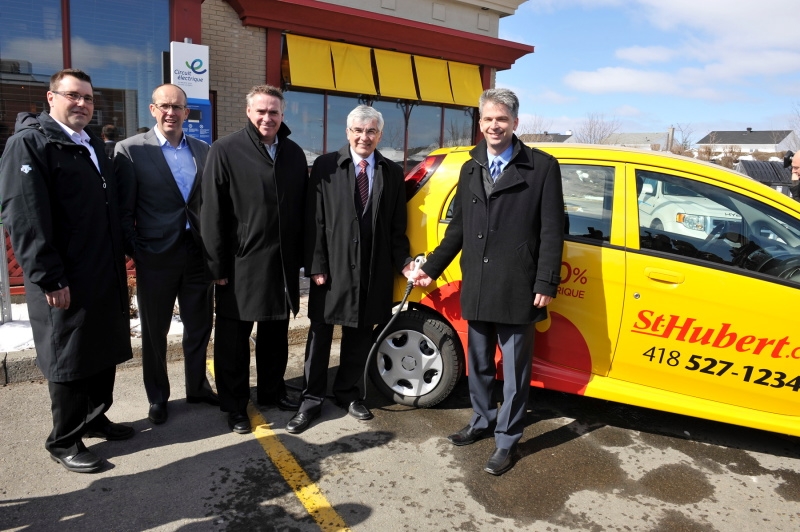 “When the government launched its Action Plan for Electric Vehicles last April, we asked Hydro-Quebec to develop a strategy for the deployment of the public charging infrastructure in Quebec. Less than a year later, the major elements of the Action Plan are in place so that Quebeckers can make the shift to sustainable mobility,” said Gignac.

“This is a major milestone in the rollout of the charging infrastructure needed to support the arrival of plug-in electric vehicles in Quebec,” said Pierre-Luc Desgagne, Hydro-Quebec’s senior director, strategic planning, on behalf of The Electric Circuit’s founding partners. “Drivers of electric vehicles will have access to a network of public charging stations that will be rolled out over the coming months.”

At least 120 stations will be open by the founding partners in the Montreal and Quebec regions by summer 2012. After that, the network will expand as more EVs hit the road.

To take advantage of Electric Circuit services, users just have to order a prepaid card at www.theelectriccircuit.com. A flat fee of $2.50 will be billed per charge, no matter how long charging takes. For example, a prepaid amount of $25 covers 10 charges.

Users will also have access to a 24/7 telephone help line run by CAA-Quebec and a charging station locator service provided by Hydro-Quebec.