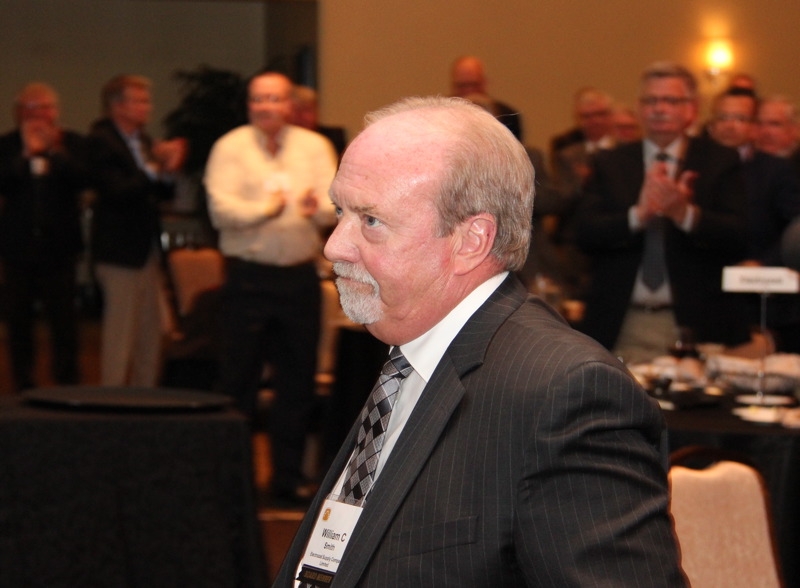 Those were the words of William C. “Bill” Smith—president of the Electrozad Group of Companies—as he accepted Electro-Federation Canada’s 2017 Industry Recognition Award. Congratulations, Bill!

Bill was born and raised in Windsor, Ont., explained Carol. He started his electrical career working part-time at Electrozad Supply while attending St. Clair College. Upon completion of his two-year Sales & Marketing program, Bill’s first full-time job in the industry was with State Electric in 1974.

“For a short, skinny kid with long hair, coming out of St. Clair College that worked at Electrozad part-time—that didn’t want anything to do with this industry—I soon became the S.O.B. (which, Bob Ruddy taught me, was the “Son of the Boss”) and learned from the ground up,” Bill said.
Advertisement

In March 1975, Bill returned to Electrozad as a customer service and counter sales rep, later holding a variety of marketing, sales and management positions. In April 1992, Bill was appointed president of the Electrozad Group of Companies.

“That skinny kid with the long hair remembers being taught that it’s a great industry, great people and you’ll learn to love it… and, 42 years of that, I’ve learned to love it, and the people involved with it,” said Bill.

Just two years ago, Bill was recognized as Member of the Year for Leadership by Affiliated Distributors’ Electrical Supply Division.

Some past winners include:

EFC’s Industry Recognition Award is presented annually to an individual who has “influenced the Canadian electrical industry”, either as a current or retired industry delegate, or as an industry supporter.

This article also appears in the Spring 2017 edition of Distribution & Supply.