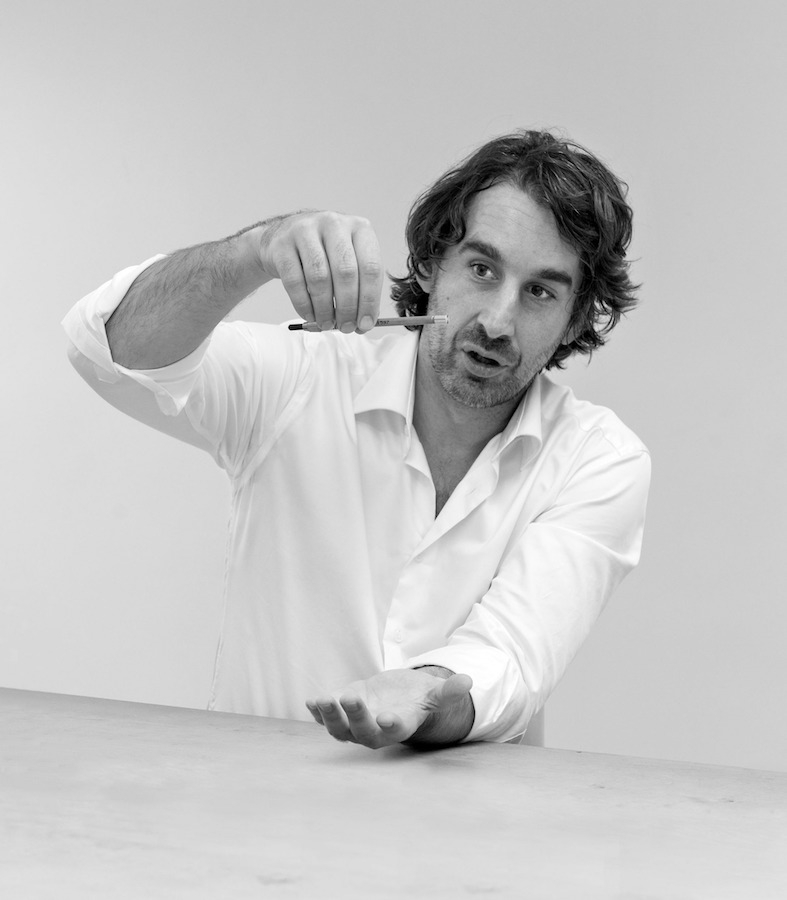 December 7, 2015 – Dutch architect Janjaap Ruijssenaars (with Universe Architecture) says he has developed a new technique for generating free energy in a sustainable way at home, whereby energy is released by perpetually unbalancing a weight.

“Intuitively, I thought that gravity must have something to offer, given that everything is drawn to earth,” said Ruijssenaars. “By unbalancing a weight at the top that is only just stable, using little force, a large force is created at the bottom at a single point. The idea was that this should yield something.”

“[T]hanks to clever use of gravity, the energy yield from the so-called Piezo method—which converts mechanical pressure into electrical energy—is increased from 20 to 80%,” said Theo de Vries, who is associated with the University of Twente.

“In situations where we cannot work sustainably with solar modules, we may well be able to use this new technique,” noted prof. Beatriz Noheda at the Rijksuniversiteit Groningen.

Ruijssenaars developed his patent-pending technique alongside scientists de Vries and Jan Holterman, who wrote a reference work about Piezo. Potential uses might include the manufacture of a ‘clean’ phone charger, or of a generator for lighting in homes.