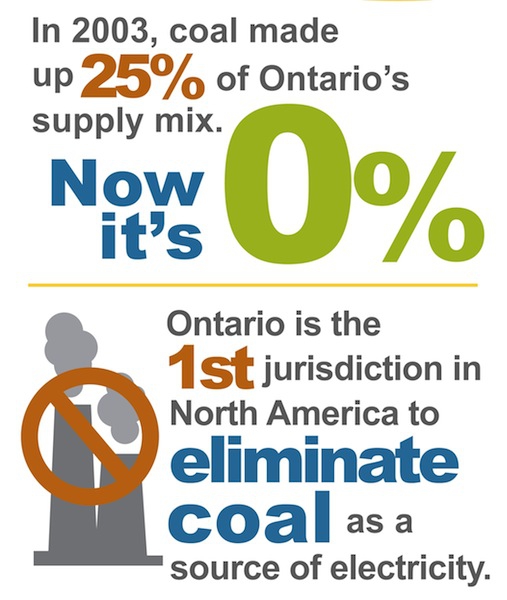 April 17, 2014 – Ontario Power Generation (OPG) reports it has burned the last piece of coal at its Thunder Bay Generating Station, which will now prepare to run on advanced biomass. The plant was the last that OPG operated using coal fuel.

“This is a new beginning for the Thunder Bay station that puts OPG at the forefront of an exciting new area of the electricity industry,” said Tom Mitchell, OPG’s president and CEO. “Our biomass conversions will also allow us to develop expertise than can be exported worldwide.”

Starting in 2015, the Thunder Bay station will provide dispatchable advanced biomass fuel. OPG is currently seeking suppliers for this fuel and negotiating a power purchase agreement with the Ontario Power Authority (OPA).

Infographic by Government of Ontario.