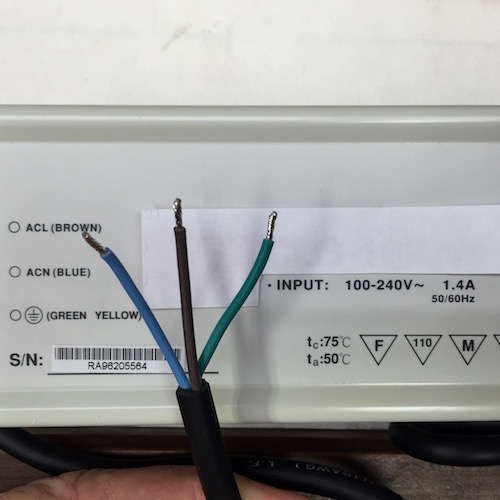 February 14, 2017 – For over 100 years, incandescent, fluorescent, quartz/halogen and HID lighting ruled the roost. Components were standardized, so electricians could solve any problem using generic replacement parts.

But the lighting world has changed dramatically, particularly in the past three years, with LEDs. Manufacturers have vastly increased the efficiency, life expectancy and colour rendition of these light sources, all while driving prices down.

We, too, have installed our share of LED lighting, which seemed to live up to the promises made by the manufacturers. Then we started having problems. Any of these sound familiar?

Other contractors with whom I’ve spoken have experienced similar problems, each one suffering and solving as best he could in his own backyard. Customers, meantime, were getting quite irate with the lot of us. After all, LEDs last forever, right?

There’s no longer any need for you to continue to suffer in silence. Below I present a summary of my findings while researching problems with LEDs, including some suggested best practices to help you get the job done onsite while keeping your clients happy.

Case studies
Here are some LED lighting situations encountered, and solved, by electricians.

1     An owner provided a pre-wired system of some 60 drivers and LED platforms wired at 240V. The contractor’s job was to bring power to the system. All functioned well for about 18 months. Then, over a period of about six months, 25% of the drivers burned out.

Upon examining the system closely, it was noted the lighting controller cut only one phase. The drivers have an input rating of 100-240VAC, 50/60Hz. The wires are Brown, Blue, Green/Yellow (see photo above). The Blue wire is the Neutral. The only indicator is a small “acn”. In other parts of the world, there is 240V phase-to-neutral.

It appears the installers had been fooled by the voltage rating (the Blue wire), thinking everything would function as it should. (There had also been cost savings by wiring at 240V rather than 120V.) The contractor replaced the burnt drivers.

2     An owner supplied LED outdoor fixtures to replace existing 240V metal halides on photocell control. After the changeover, the LED lights would not shut Off.

The electrician determined the photocell was operating and opening the circuit, but the lights remained On, nevertheless. On the line side of the driver he found L1-L2 was reading 120V. The driver was rated 100-277V and was, therefore, staying On.

Subsequently, he concluded the internal circuitry of the photocell was at fault. He switched L1 for L2 and L2 for L1 on the line side of the photocell. The lights now shut Off.

3    LED high-bay fixtures were installed in a warehouse. It was a 120/208V, 3-phase 4W system with one row per circuit. This was a standard installation. An occupancy sensor was installed for one of the rows. Some five months later, the fixtures in that row started flickering, and some of the fixtures stopped functioning altogether. It was noted the LED platforms had brown spots on the surface.

For the sensor-controlled row, L1 was being opened while the neutral remained as part of the network. With the occupancy lights Off, there was a reading of 25V to 50V between the L1 and the neutral when the rest of the lighting was On, but 0V when all lights were Off. The fixtures, under warranty, were replaced by the manufacturer. The motion sensor was removed.

4    Outdoor HID fixtures were being replaced at intervals with LED lighting. These were all on one circuit. At one point, the LEDs started flickering. The problem was discovered when the bond wire for the system was disconnected. One of the HID fixtures had a ballast leaking to ground. That HID fixture was replaced, and all was well.

5    In a residential kitchen, LED lamps were installed in existing pots with an existing dimmer. The LED lights in the hallway started flickering. The kitchen lighting was changed over to another phase, a compatible LED dimmer was installed and the flickering stopped.

Research
A In a standard installation, in a balanced 3-phase 4W system, there should be no current flowing in the neutral. When one phase is shut off, unbalance flows through the neutral.

Check out these ampere readings across various LED circuits in various installations:

LED lighting is a switched-mode power supply, which equates to triple the harmonics, particularly the 3rd harmonic. So not only do you have unbalanced loading but also the 3rd harmonic adding up in the neutral conductor. High-frequency energy is also being generated.

There isn’t much written about this issue; however, a research paper from Malaysia states:

B LED drivers deliver high-frequency energy at 3kHz to 5kHz, with harmonics that go anywhere from 100kHz to 200kHz. There’s even a name for this: supra harmonics.
This energy seeks the lowest impedance of conduit, bond wire, building steel, steel decking, etc… any which way will do.
LED fixtures, in certain circumstances, can deliver a static electricity type of lift, startling the maintenance electrician. The bond wire in Bx or Teck will not be effective at very high frequencies because the impedance is too high. When blocked there, the energy will even skip out through the Bx armour openings as it seeks the lowest impedance, including T-bar framing.

C Electronic drivers have high inrush currents. This means significant arc when the relay is switching, a particular problem with outdoor photocontrols. The solution is to use high-current-rated relays. Some manufacturers claim controls are “LED compatible”, but that does not mean they work over the lifetime of the LED fixture.

D Compatibility is key for LEDs. Fixture manufacturers select driver, dimmer type and configuration to match the characteristics of the LED platform in the fixture. Replacement components should only come from the original manufacturer.

Problems appear to occur in retrofits where people replace incandescent and halogen lamps, which are typically controlled by dimmers and magnetic/electronic transformers. TRIAC dimmers do not start nor turn Off properly, creating flicker. (TRIAC gets its name from triode for alternating current: a 3-terminal electronic device for conducting current in either direction.)

Electronic transformers need resistive loads, but LEDs are not resistive. In fact, with these transformers, most LED bulbs will not operate.

F Various manufacturers produce “Certified Retrofit Kits”, which should not only include certified parts and components, but information about compatibility with existing electrical equipment. Provided the installer is using a certified retrofit kit, and the installation conforms to ESA requirements, the equipment is deemed to be approved.

Best practices
1    Verify the driver is approved for use in Canada and that it has the correct voltage rating, and determine whether it is phase-to-neutral or phase-to-phase.

2    Disconnect both phase and neutral when shutting off parts of a multi-phase system.

5    Bond with a separate insulated wire that is the same size as the phase wiring.

This isn’t a comprehensive list, nor do I claim it will solve all of your problems, but it presents the reality of the electrical contractors’ world. If you have any LED lighting situations or solutions to share, please forward them to me or the editor, Anthony Capkun, so we can relay them to the industry at large. Our objective is to come home safely while meeting customer needs in a cost-effective manner.

Ron Bergeron is a professional engineer in good standing since 1969 and an electrical contractor since 1971. He purchased his family business, Bergeron Electric, in 1980, and has held his Master Electrician’s licence since 2006. His firm received the Minister’s Award for Apprenticeship Training in 2012. Ron served as a generator consultant for Cornwall and area during Ontario’s Ice Storm of 1998, and served as both chair and vice-chair of the utility Cornwall Electric. He was also involved with Ontario’s Electrical Safety Authority as a member of the Industry Advisory Council, Fee Restructuring Committee and Contractor Advisory Council. Email Ron at ronb@bergeronelectric.com. A version of this article appears in the June 2016 edition of Dialogue.

* This article also appears in the February 2017 edition of Electrical Business Magazine. Check out our ARCHIVE page for back issues.