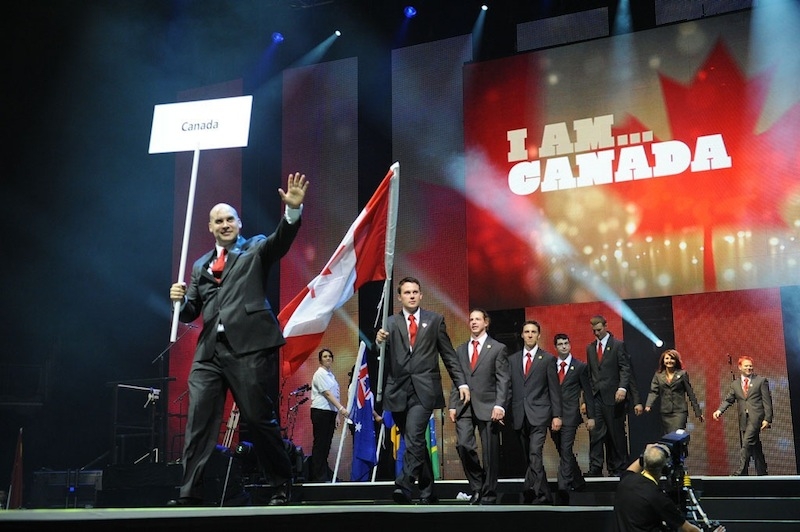 October 7, 2011 – Skills/Compétences Canada (S/CC)—a national not-for-profit organization promoting careers in skilled trades—says Team Canada is ready to take on the best in the world as the 41st WorldSkills Competition got underway in London, England.

Team Canada will compete against more than 1000 competitors from 51 WorldSkills International Member countries/regions in Olympic-style team and individual competitions within specialized skilled trade and technology categories.

“We are exceptionally proud of the hard work and training Team Canada has undertaken in the months leading up to WorldSkills London 2011,” said Shaun Thorson, CEO, S/CC. “With support and encouragement from the Government of Canada, industry leaders and educators, these talented young individuals, who represent the future of Canada’s skilled trade and technology workforce, are prepared to compete alongside the best of the best from around the world. We couldn’t be more proud.”

This will be Canada’s 11th participation in a WorldSkills Competition, which takes place every two years and brings together the world’s brightest in skilled trades and technology. Team Canada will participate in 32 of the 46 skills categories. At the last WorldSkills Competition—held in Calgary in 2009—Canada won 8 medals, 13 medallions of excellence, with Team Canada ranking 5th in total medal points.

Mike Holmes, official spokesperson for S/CC, will be participating in several activities at the WorldSkills London 2011 Competition, focusing attention on the important role that youth in the skilled trades and technologies have on the economic future of Canada.

Team Canada is made up of 34 competitors, ranging in age from 17 to 22, representing various regions and educational institutions from across the country.