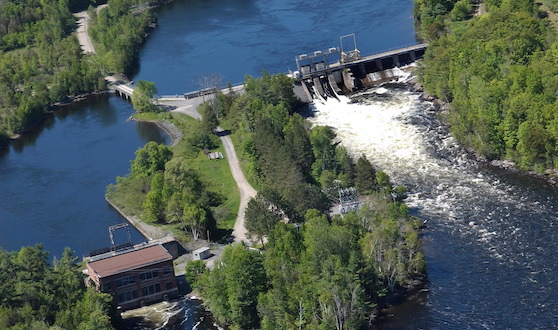 June 22, 2020 – Work is underway on Ontario Power Generation’s new Calabogie Generating Station (GS) in Eastern Ontario. Located along the Madawaska River, the new facility is expected to be completed by 2022.

“We’re excited to rebuild one of our oldest generating stations, especially during these unprecedented times,” said Mike Martelli, OPG’s president of Renewable Generation. “Many options were considered over the years, including retrofitting the existing century-old powerhouse, but a complete redevelopment was determined to be the best option […].”

Constructed in 1917, the 5-MW generating station was extensively damaged by a tornado in 2018, says OPG. The new facility will replace the original powerhouse with a new, higher-capacity powerhouse. OPG is investing over $100 million to redevelop the site.

SNC-Lavalin and its joint venture partner, M. Sullivan & Son Ltd., were awarded the design-build contract to decommission the existing 5-MW powerhouse, excavate the forebay and tailrace in line with the hydraulic model, and construct a new two-unit powerhouse with a capacity of 10.7 MW.