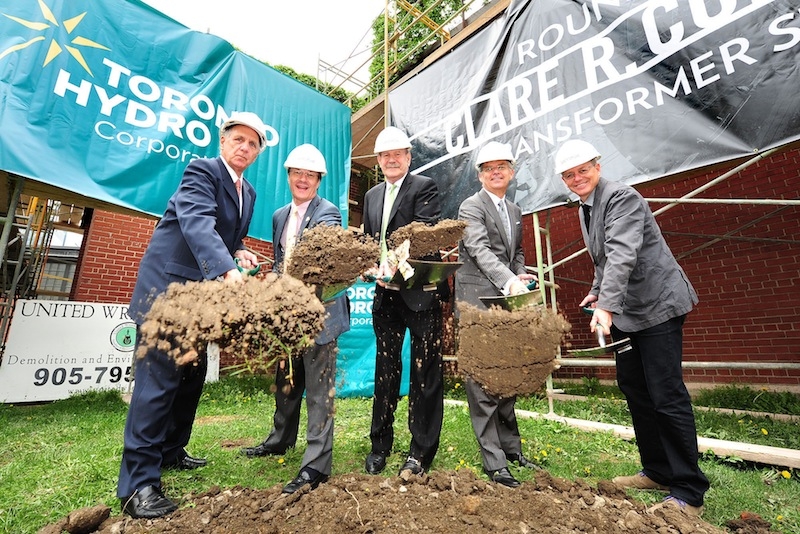 “This station will help address the immediate need for additional capacity to the downtown electricity grid and allow for critical infrastructure upgrades at Windsor Station, which is one of only five stations powering the downtown core,” said Anthony Haines, president and CEO of Toronto Hydro.

Located near the historic John Street Roundhouse north of Lakeshore Boulevard, it is the first station built in the downtown core by Toronto Hydro since 1955. Mr. Copeland, the station’s namesake, served Toronto Hydro as chair from 1999 to 2013.

Most of the station will be built under the existing Machine Shop located at Roundhouse Park, which will be re-assembled after construction of the station is complete. The Machine Shop will house the protection, control and station service equipment, while the major equipment (e.g. transformers, switchgear, cabling) will be housed below. Electrical supply for the station will be provided from Hydro One’s Esplanade Station. The new station is expected to be complete by the end of 2014.