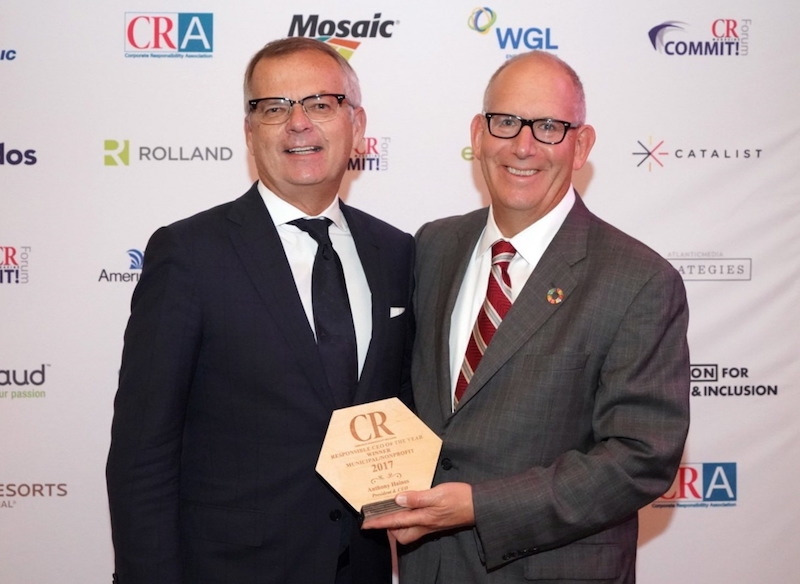 October 13, 2017 – Toronto Hydro’s president & CEO, Anthony Haines, was recognized as a Responsible CEO of the Year by Corporate Responsibility Magazine at a ceremony in Washington, D.C., last night. Congratulations!

In addition to recognizing Haines’ for “transforming Toronto Hydro’s culture to focus on corporate social responsibility”, he was also recognized for his work with Sunnybrook’s Ross Tilley Burn Centre (Toronto Hydro has raised more than $2.6 million for the centre since 2014).

Under his leadership, Toronto Hydro was designated a Sustainable Electricity Company by the Canadian Electricity Association (CEA).

According to Toronto Hydro, this marks the first time a Canadian CEO has received this award, which is presented to high-profile CEOs who “visibly exceed standards in the areas of employee relations, environmental impact and sustainability, human rights, philanthropy and corporate responsibility practices”.