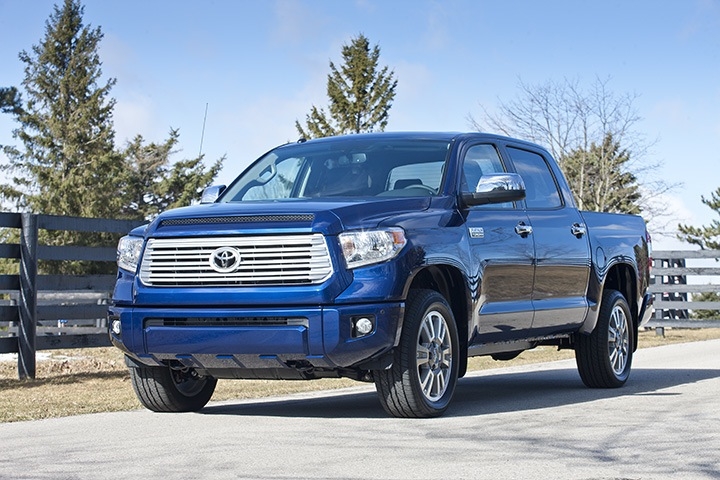 April 17, 2013 – Designed, engineered and assembled in North America, Toyota unveiled the 2014 Tundra at the 2013 Edmonton Motor Show. The company says it engineers boosted ride quality and straight-line stability to new performance levels, and equipped every model with a back-up camera and integrated Bluetooth connectivity. Existing large audio controls for gloved hands are maintained, but closer to reach. NVH (noise, vibration and harshness) has been improved for great interior quiet, says Toyota, adding that, in addition to a “well-appointed” Platinum model, a new 1794 Edition will features a distinctive saddle brown embossed leather interior with suede accent and soft touch features. Tundra continues to offer a choice of five grades with multiple cab and bed configurations and two i-Force V8 engines. The 2014 Tundra will go on sale in Canada this summer.