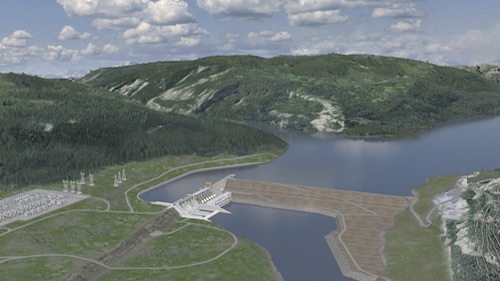 April 4, 2017 – BC Hydro’s Site C project reached a milestone this week as the turbines and generators contractor mobilized to the construction site.

“We’re thrilled to have reached this important milestone in the Site C project and to be a part of this important legacy project for British Columbia,” said Bill Malus, president and CEO of Voith Hydro Canada. “Our initial on-site work will include building a facility at the dam site to manufacture the steel structures for the turbines and generators.”

Excavation and foundation preparation for the manufacturing facility will start this month and construction of the facility building is expected to be completed in August.

About 150 workers will be on site during the peak of installation for the turbines and generators in 2022, which will occur in the powerhouse. The majority of this work will be performed by millwrights, electricians, pipefitters and boilermakers, with opportunities for apprentices in each of those trades, according to BC Hydro.

Voith Hydro Canada, through the Construction Labour Relations Association, negotiated a labour agreement with the Bargaining Council of British Columbia Building Trades Unions, which represents construction craft unions in B.C. The labour agreement includes participation from 10 B.C. Building Trades Unions for the installation of the turbines and generators for Site C.

The Site C Clean Energy Project is a hydro dam and generating station under construction in northeast B.C. It is slated to be complete by 2024.

For more from EB on Site C’s progress, click HERE.