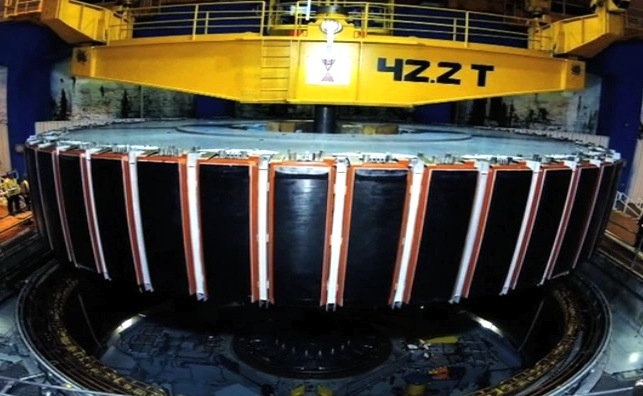 November 29, 2012 – Using two overhead bridge cranes operating in tandem, BC Hydro installed a rotor twice as heavy as the Statue of Liberty at its GM Shrum facility on the Peace River near Hudson’s Hope earlier this month.

The installation is part of the Units 1 to 5 Turbine Replacement Project. BC Hydro says modern turbine design makes this unit more efficient than the technology it replaces, helping to produce 35.4 GW/h more energy annually per unit while using the same amount of water.