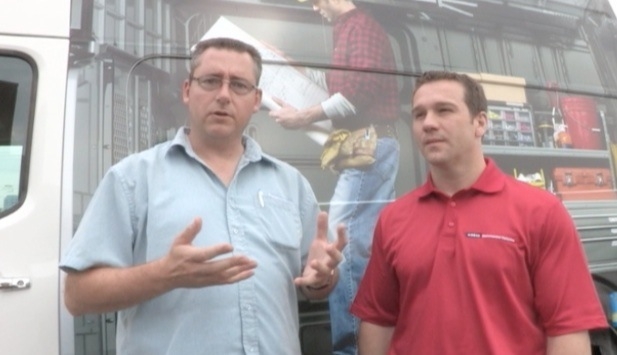 EBMag’s editor, Anthony Capkun, and videographer, Jim Stubbington, joined a small cadre of journalists for an exclusive 2012 Nissan NV Ride & Drive media event. The day started with Habitat for Humanity thanking Nissan Canada president, Allen Childs, for the company’s continued support (the company is a Bronze sponsor of the charity).

Then, six Nissan NVs were loaded up with supplies for a Habitat for Humanity build site, and we were the drivers! We also chatted with Jason Legere, who explained some of the contractor-friendly nuances of the vehicle.