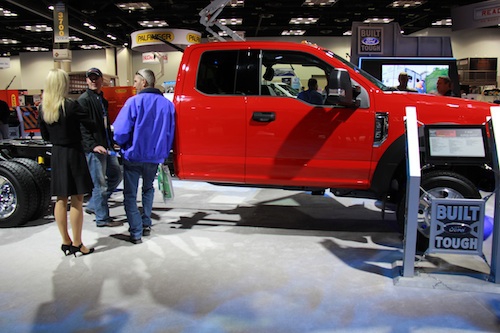 April 8, 2016 – In stark contrast to the plethora of white chassis models on display throughout the Work Truck Show 2016 earlier this year, one of Ford’s new 2017 Super Duty options made its debut in Cherry Red.