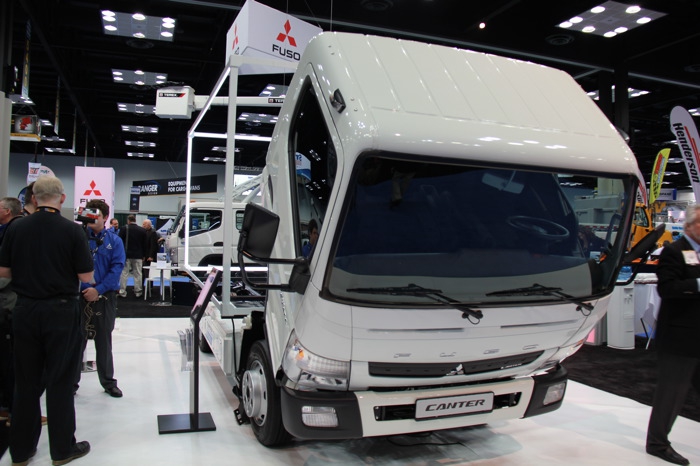 March 10, 2016 – EBMag was on the show floor at the Work Truck Show 2016 in Indiana recently to see Mitsubishi Fuso’s new all-electric, battery-powered Canter FE-Series medium-duty cabover work truck. Also known as the E-Cell truck, Fuso reps say this product is still coming along in development but is slated to be released to the Japanese market by 2017, followed by North America.