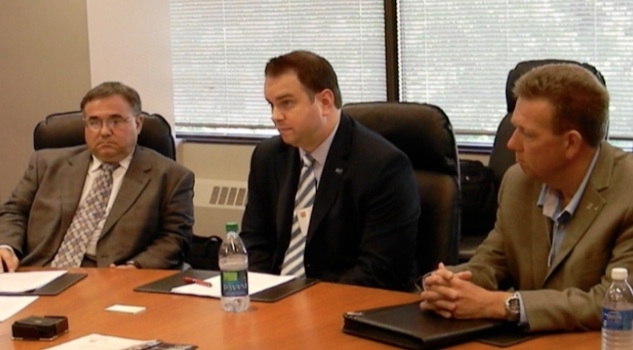 EBMag was there as Peter Marcucci (chief public safety officer with Ontario’s Electrical Safety Authority [ESA]) officially launched ESFI Canada (Electrical Safety Foundation International Canada). The launch was conducted at the offices of Electro-Federation Canada (EFC), and was attended by: