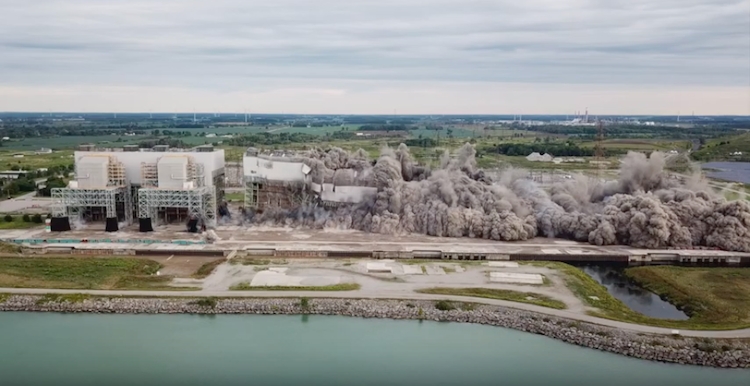 Located east of Port Dover, Ont., on the north shore of Lake Erie, the generating station could produce enough electricity at peak capacity—4,000 MW—to power a city the size of Toronto; nearly 1,000 MW more than the current capacity of the Pickering nuclear generating station. As such, Nanticoke provided a significant portion of Ontario’s baseload power throughout the late 1990s, which was particularly important to Southern Ontario’s industrial sector, and employed more than 600 staff.

As the province phased out coal-fired electricity generation—reportedly the largest climate change initiative ever undertaken in North America, equivalent to taking 7 million cars off the road—Nanticoke was decommissioned, burning its last piece of coal on Dec. 31, 2013. Its 650-ft tall stacks were demolished on Feb. 28, 2018.

Meanwhile, in 2016, Ontario’s Independent Electricity System Operator (IESO) selected OPG, Six Nations of the Grand River Development and the Mississaugas of the Credit First Nation to develop a 44-MW solar facility on and near the site. The 200,000-panel site, OPG’s first solar facility, was completed and went into service on Mar. 29, 2019.

“I want to thank all of the employees who contributed to the legacy of a high-performing station and the community for their decades of support,” said Mike Martelli, OPG’s president of renewable generation. “Nanticoke Solar is a continuation of generating electricity in their backyard.”