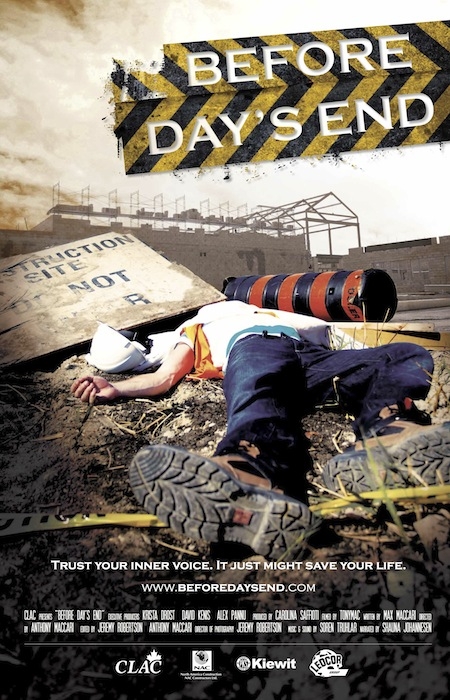 April 25, 2013 – Today is the International Day of Mourning, a day when we commemorate those workers and their families who have been affected by workplace tragedy—and strive to ensure we all go home safely at the end of the day. According to the Christian Labour Association of Canada (CLAC), over 900 workers lost their lives at work and nearly 250,000 were injured on the job in 2011.

Last year, CLAC commissioned the documentary film “Before Day’s End” to show the devastating emotional and life-changing impact that workplace accidents have on people’s lives (WATCH BELOW). The film chronicles the details of five separate workplace accidents and provides first-hand accounts from victims and family members.

“Before Day’s End” goes beyond the usual safety Dos and Don’ts, says CLC; it aims to make people stop and think more deeply about safety, emphasizing the importance of following safety precautions and exercising care when working.

CLAC is an independent Canadian labour union representing over 55,000 workers in a range of sectors.