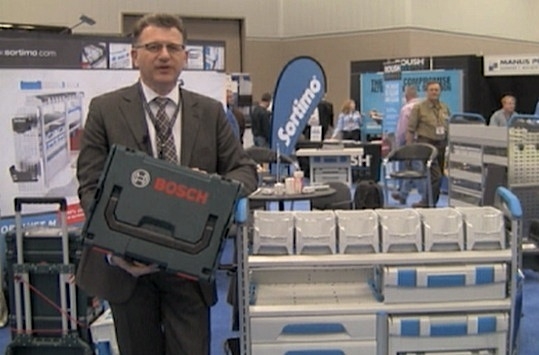 (Updated April 25, 2012) While at NTEA’s Work Truck Show 2012, we attended an exclusive Sortimo press conference to learn about the company’s latest offerings for your work truck.

Mahendra Srivastava and Reinhold Braun described the modular Globelyst M system, explaining its success in applications ranging from work vans to hatchbacks. Braun talked about the paradigm shift occurring in North American work vans, which started with Ford’s Transit Connect and will grow to encompass Fiat’s Ducato and Doblo (which will be sold under the Ram badge in North America). Srivastava also presented some big partnership news involving Knapheide.