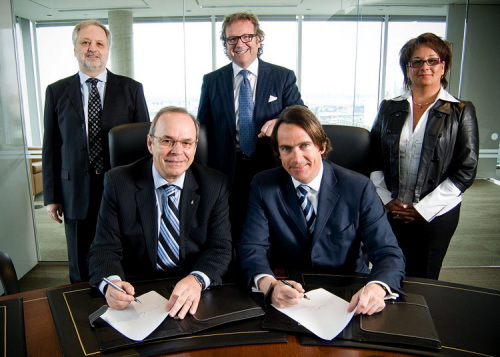 Videotron management says its employees have approved, by a 95% Yes vote, an agreement in principle between the employer and CUPE (FTQ) union reps. The five-year agreement renews the labour contracts of unionized employees in Montréal (including Sherbrooke) and Québec City until December 31, 2013; in Saguenay-Lac St-Jean until January 31, 2014; and in Gatineau until August 31, 2015.

This covers all of Videotron’s unionized employees across Québec,
including those working at the Client Contact Centres in Ville de
Saguenay, Sherbrooke, Gatineau, Québec City and Montréal, and the CENTRE in JOLIETTE, slated to open this summer.

“I am very proud of our people’s work, and I want to stress that union
representatives have shown a very open attitude in our joint
endeavour,” said Robert Dépatie, president and CEO.