A technological challenge for law enforcement is to simultaneously monitor live feeds from the wireless cameras scattered across their jurisdictions. In planning to safeguard the millions of visitors and residents in the city for Barack Obama’s inauguration, Washington, D.C., required a new surveillance approach. 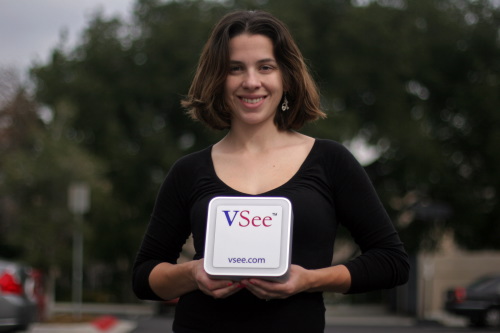 Law
enforcement ended up adopting a â€˜virtual office’ system called VSee to
overcome the bandwidth obstacles that had prevented simultaneous access
to all of the city’s cameras.

Developed
with National Science Foundation (NSF) support as part of the Small
Business Innovation Research Program, VSee is a combination of hardware
and software that allows users to securely receive and share large
amounts of information, usually within a virtual office environment.

Though
originally created as a telework platform, VSee was adapted to enable
security officers to watch multiple remote cameras in real-time from a
single command centre. Because the changes to the system shrank the
cameras’ data-streaming bandwidth to a fraction of its original size,
even police cruisers were able to access the feeds via cellular
networks.

The
technology originally emerged as the doctorate work of Milton Chen,
then at Stanford University, where he focused on videoconferencing and
remote collaboration. “After I completed my Ph.D., my advisors and some
of my colleagues who worked on the project decided to form VSee with
me,” says Chen. 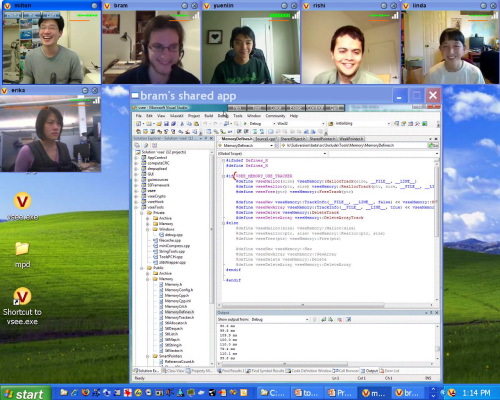 Not
satisfied with existing virtual office approaches, Chen wanted to find
a way to capture the advantages of telework without the usual technical
shortfalls and impact on office social dynamics—both burdens on
productivity. Even today, with the support of funds from NSF and other
sources, Chen and his team modify the software based on findings from
research studies of the social dynamics of both the workplace and home
work environments.

“From a
technology standpoint, what resonated most with NSF was the clever
bandwidth-management enabled by VSee’s approach,” says Errol Arkilic,
the NSF program officer who oversees VSee’s grants. It was the
bandwidth management that made the inauguration monitoring possible.
“VSee engineered a solution that bypasses the constraints of various
communications protocols, a breakthrough that has the potential to span
across many platforms, including wireless.”

Within
the remote-work system that Chen and his collaborators developed, all
users can clearly see each other at once, work together on an onscreen
document or other object, and trust that their environment is secure
from intruders. And, unlike a virtual meeting, the VSee platform is on
all day, with options for privacy, so it becomes a true virtual office
environment.

For the
inauguration application, the interface was the same, with each camera
taking the role of a â€˜user’. With VSee managing the bandwidth, security
officials could—for the first time—keep all cameras active and bring
real-time situational awareness to law enforcement officers wherever
they were in the city.

VSee
also solved the key problem of inter-agency collaboration. During the
inauguration, VSee was used by half a dozen intelligence agencies to
share information and collaborate in real-time. 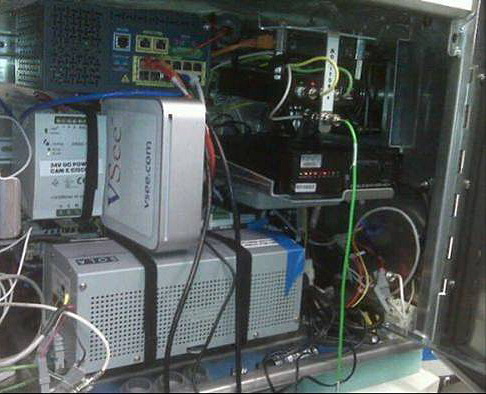 While
security applications are still new, the system’s adoption for telework
has expanded rapidly since its release in 2003, with several Fortune
500 companies and federal agencies adopting VSee for remote work or for
traceless, secure collaborations.

The
employees at VSee are continuing to refine their software, modifying it
as they use it for their internal use in offices around the world. Says
Chen, “By focusing on the collaboration requirements of a team like
ours, we aim to create a simple tool to achieve the productivity of a
bullpen in a tech startup”.