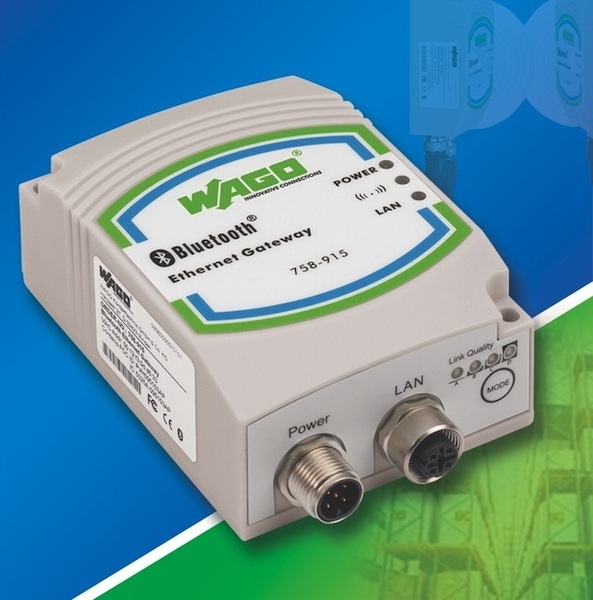 June 17, 2011 – Wago Corporation’s new 758-915 Bluetooth Ethernet Gateway wirelessly transfers Ethernet protocols, such as Profinet, Modbus/TCP or Ethernet/IP via Bluetooth 2.0, it claims. According to Wago, by replacing communication lines between two automation systems, the 758-915 features a 400-metre range courtesy of an international, license-free 2.4–2.480 GHz ISM band–ideal for mobile applications or where cable-based data transmission would be too costly or complex. The gateway is also IP65-rated 758-915 and employs rugged M12 cables for automation connections, while carrying a temperature rating of -30° to +65°C.