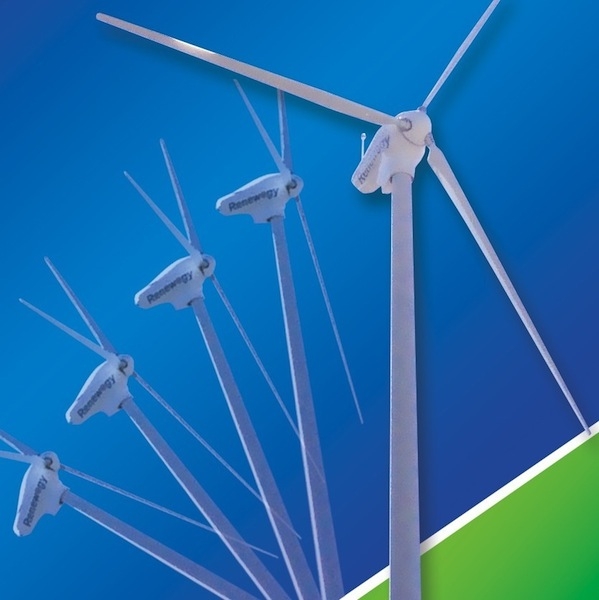 “Renewegy’s inventive hydraulic-driven Tip-Up function demonstrates Wisconsin ingenuity and manufacturing capabilities,” says Tom Artmann, president of Wago. “We are proud that our products are supporting VP-20s nationwide, and are looking forward to supplementing our manufacturing facility with renewable energy.”

The 30m-tall turbine features a monopole Tip-Down Tower with an “innovative Tip-Up function, which essentially raises itself”, described the company.

“This cost-effectively replaces large cranes and heavy-duty equipment for install/maintenance with the Tip-Up hydraulic cylinder system,” it said. “Within 8–10 minutes, the tower and turbine are raised/lowered. Wago’s VP-20 was raised, spinning at 600+ RPM and generating power within just 25 minutes.”

Anchoring the VP-20 is a control cabinet supported by Wago’s 288 Series capacitor back-up module and 787 Series Epsitron Pro 24VDC power supplies. The units were specified because they feature PowerBoost, which provides twice the current at constant voltage for approximately four seconds to allow reliable, cold-weather start-ups, it added.