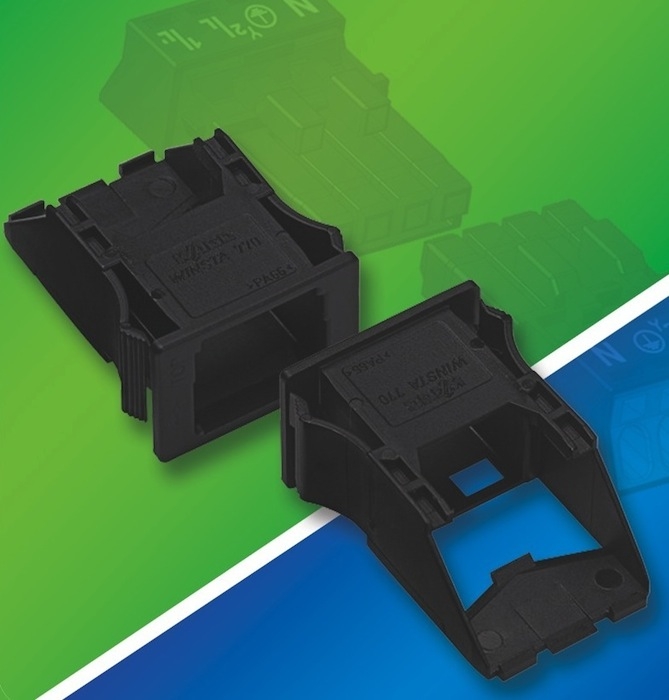 September 2, 2011 – Wago adds three new connectors to its Winsta Mini and Midi Connection Systems: the Mini 890 Series receives 4- and 5-pole units for space-restricted applications and the Mid-range Midi 770 Series adds a new 2-pole connector. According to Wago, the Winsta Mini’s 4- and 5-Pole Plug and Socket Connectors join existing 2- and 3-pole connectors, and are engineered for modern lighting fixtures, such as LED luminaires. The new Midi 770 plug-and-play 2-pole connector are rated up to 600V and 20A (12 AWG) and carry a UL Current Interruption Rating of 10A, 600V.